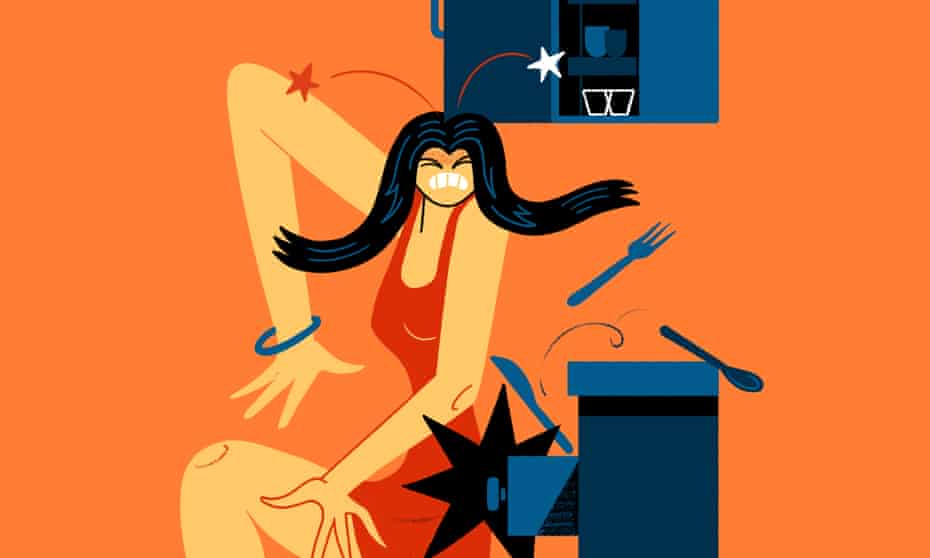 You be the judge: should my boyfriend close the kitchen cupboards after himself?

He leaves all the cupboards and drawers open; she says it’s dangerous and drives her crazy. Is it an open and shut case? The decision is yours
Find out how to get a disagreement settled and be a You be the judge juror

It doesn’t take much energy to close a cupboard door. Donald’s hazardous habit is weird

Donald, my boyfriend of three years, permanently leaves the kitchen cupboards open. I’ll come home from work and the cutlery drawer will be out, the cupboard where we keep the teabags ajar, and the condiments cupboard wide open. It’s a hazard. And aesthetically it makes everything look terrible.

I’m only 5ft and the open doors are just the right height to hit my head. I also bang my hips on the drawers. It hurts and could be avoided if Donald just closed them. I’m a bit of a klutz and his habit makes it worse.

He says it’s my fault if I walk into things and that I should keep my eyes peeled. But if I’m just back from work and rushing around in the kitchen or trying to make a cup of tea, I don’t always see them.

Before we moved in together two years ago, Donald lived with housemates. He says that no one ever called him out on it. I think that’s probably because he was always able to blame someone else, but now it’s just the two of us there’s no escape.

I noticed his little quirk as soon as we moved in together. The first few times I thought it was me being forgetful but with Donald working from home in lockdown it became obvious who it was. My parents also commented on it when we stayed at their house. They said: “Oh, we can see Donald has been here.”

I’ve asked him why he leaves all these doors open. He says that he forgets, and he’s going to open the cupboards again 10 minutes later, so why bother closing them. That makes some sense. He makes a lot of tea and gets up regularly – but he should still take more care so I don’t have to close everything.

It’s weird. He doesn’t leave wardrobe doors open or the toilet seat up and is also tidier than me in other areas – I have more clothes and leave a lot of stuff hanging around our flat. It’s just in the kitchen.

Donald should try harder. It’s an easy win in our relationship. If he can’t manage it, maybe we should get child locks. Or, Donald should keep the tea and coffee on the counter so he won’t have to open that drawer.

I drink a lot of tea and coffee, so I like to keep the cupboard door permanently open

I see no issue with leaving kitchen cupboards open. I work from home and get up every 90 minutes to make a cuppa. On an average day I drink three cups of tea, two coffees and (after 9pm) several cups of peppermint tea. It’s more efficient to keep the teabag cupboard open all day. That’s my excuse and I think it’s a valid one.

I know it doesn’t take a lot of energy to close the doors and drawers after yourself, but I just don’t think about it when I’m in work mode. After two years of working remotely I’ve got into the habit of leaving things ajar. I can’t help it. I leave the cutlery cupboard open, as well as three cupboards containing condiments and tea and coffee.

I also spend more time in the kitchen. I’m the domestic god, while Daisy brings home more of the bacon, so the kitchen is my domain. I should be able to do what I like with it.

I don’t believe Daisy’s argument that she’s a klutz and needs help not to bump into things. Her eyesight is better than mine – I wear glasses and she doesn’t. When she’s banged her hip on a drawer I am sympathetic. I will hear a gasp or “ow!” from the kitchen and feel a bit bad. But I don’t think it’s my fault. She should watch where she’s going. If I’ve left a drawer open it’s not to spite her. It’s not my responsibility if she knocks into one.

When I go to sleep I close everything else – wardrobe doors, windows, bedroom and bathroom doors. As Daisy says, I’m very tidy.

I’m Irish and Daisy is English – maybe it’s a cultural thing as we’re a bit more relaxed. When I told one of my Irish friends about Daisy getting irritated by my forgetfulness, he took a picture of his kitchen with multiple drawers open and said: “Finally, I feel seen. I do it, too.”

I don’t agree with the child-lock suggestion. That would feel as if Daisy doesn’t trust me in my own kitchen. I can try harder to close things after myself if it helps Daisy from getting injured. And I like the idea of keeping the coffee and tea out on the counter. But this whole thing is trivial.

The jury of Guardian readers

Seriously? This is a no-brainer. Cupboard doors left open are obviously a hazard, so Donald should just do the safe and adult thing rather than give petulant, adolescent excuses. If he can’t learn this simple task, Daisy should look for a new flatmate.
Claudia, 58

Donald feels “a bit bad” when Daisy hurts herself on the draws he leaves open? Making only his side of the bed? It sounds like he is just bull-headed. He has the sense to close cupboards before bed, but he should be doing it before Daisy gets home from work, too.
Luke, 24

Donald should close the cupboards and/or keep the tea and coffee on the counter. Daisy’s ask is justified. Cupboards should be shut – otherwise they’re just shelves with unnecessary obstacles.
Anton, 31

Donald is not living with his mates any more; he’s living with someone he loves. He should be looking for ways to make her happy, not reinforcing his independence. Time to decide what Daisy means to him. Love is not a competition, it’s a cooperation.
Joseph, 73

It would certainly irk me if my other half left drawers open. Just put the tea and coffee on the counter. Job done.
Maryam, 25

You be the judge

So now you can be the judge. In our online poll, below, tell us: should Donald close the kitchen cupbaords?

We’ll share the results on next week’s You be the judge.

The poll will close on Thursday 30 June at 9am BST

We asked if Jilly should stop walking out of arguments, as it annoys her husband Martin.

The Ending Of The Boys Season 3 Episode 6 Explained - Looper

Culture Friday - All eyes on the Court - WORLD News Group

Will IBM i Become More Like Linux? – IT Jungle 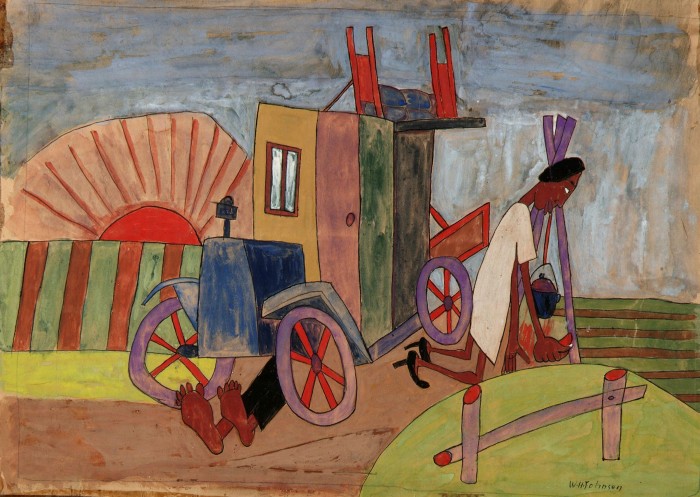