In the run-up to the song’s release, Halsey, who goes by the pronouns she and they, fought and won a small but significant battle with their record label, Capitol. In so doing, they drew a line in the sand for musicians who feel browbeaten by executives to supplement their creative efforts with social media posts, specifically on the wildly hot, music-soaked platform TikTok.

Halsey’s stand puts the spotlight on this co-dependent relationship with TikTok – and its 1 billion users – which has the power to mint stars while also making them feel less like creative artists and more like hucksters pitching products.

If you missed the brouhaha, it’s summed up this way: In late May, Halsey posted on TikTok saying that their label was refusing to release “So Good” unless the singer created a viral moment for it, something Halsey considered the height of “fake.”

How the controversy started: Halsey says their record label won’t let them put out new song without ‘viral moment on TikTok’

“I’ve been in this industry for eight years and I’ve sold over 165 million records and my record company is saying I can’t release it unless they can fake a viral moment on TikTok,” Halsey wrote, an echo of the early ‘80s when an artist couldn’t launch a single without a flashy music video. “I just wanna release music, man. And I deserve better tbh … i’m tired.”

There are actually quite a few artists who feel this way, big names ranging from Ed Sheeran to Florence Welch. Ironically, Halsey’s complaint went viral, and a week later, their label changed course.

“@halsey, we love you and are here to support you. We are committing to a release of ‘So Good’ on June 9th, 2022,” Capitol Records tweeted May 31. “We are an artist first company that encourages open dialogue. We have nothing but a desire to help each one of our artists succeed, and hope that we can continue to have these critical conversations.”

Can TikTok stars make it big in Hollywood? Well, it’s starting to happen.

Even with a release date, Halsey wasn’t one to let bygones be bygones, posting a snarky TikTok meme on June 1, in which the singer appears unamused. “my label asking me to make tiktoks / me: crying, screaming, throwing up,” they captioned the video.

Music industry veterans have heard this artist-label dissonance before.

“The new branding is really the old branding,” says Alan Hunter, one of the original MTV VJs who now hosts on SiriusXM.

Many artists were reluctant to make videos for their songs when MTV debuted in 1981, Hunter recalls, something they regarded as both a flash in the pan and a trivializing of their artwork. Others, however, jumped on the new bandwagon and thrived, forever cementing the link between sonic and visual success.

“Some musicians like Bob Dylan would say, ‘I’m not doing this stuff,’ but even guys like Tom Petty who initially hated posing and lip-syncing ended up making some of the best videos,” says Hunter, who adds that the medium almost singlehandedly broke groups such as Duran Duran and U2.

“MTV really was the first social media,” he says. “It was a place where, whether you were living in Iowa or New York, you could all see and fall in the love with the same stuff. Eventually, all bands had to be there.”

USA TODAY reached out to a variety of record labels to talk about how they juggle the need to keep artists in the public eye without infringing on creative integrity. All declined to comment, as did TikTok, which said this was a matter between artists and labels.

The catalog trend, explained: Why Justin Timberlake, Neil Diamond and other major musicians are choosing to sell their catalogs now

Halsey is frustrated by the music industry’s dependence on TikTok, but it’s a lifeline for emerging artists

Tai Verdes was an aspiring singer-songwriter who seemed to be constantly brushing up against fame in auditions for “The Voice” and “American Idol.” But when nothing hit, he turned to TikTok.

In mid-2020, his catchy bass-laden single “Stuck in the Middle” went viral on the platform, etching his name in the pop firmament and eventually leading to his first album, 2021’s “TV.”

For Verdes and many other young musicians, TikTok is a marketing tool that, love it or hate it, demands your participation.

“If you’re an artist, you’re a CEO – I don’t care how artsy you are, you’re a business, because you’re selling things,” says Verdes, who now has 2.7 million followers on the platform. “It’s not about changing your personality to fit TikTok. It’s about putting your personality on TikTok and staying true to yourself.”

For others, the platform offers the perfect way to test market a tune prior to fully committing to its creation.

“Before leaning into social media, releasing a song was a bit of a gamble in trying to figure out if people would like it or not,” says country-pop singer Riley Roth.

But now, she adds, “If you post the demo and get a good response to it, then you already know that there’s an audience of people that like the song.”

TikTok also has a democratizing sweep that truly puts the power to make a new, or old, song a hit in the hands of users, a big change from the days when record labels could doom an artist just by pulling marketing dollars.

Take the case of Fleetwood Mac’s “Dreams.” The song was a hit in 1977, but resurfaced to acclaim in 2020 when Nathan Apodaca of Idaho Falls, Idaho, posted an infectious clip of himself riding a skateboard to that tune.

Not everyone’s back on the road: COVID-19 is robbing musicians of their final chapter – and fans of their swan song performances

That was a genuine tribute that struck a chord with TikTok users. But asking artists to in essence create their own viral moments teeters on the edge of manufacturing a vibe that is supposed to come from fans, says veteran music critic and author Anthony DeCurtis.

“That platform is the most interesting the more organic it is, so if an artist is trying to push their own stuff, that can be a giveaway,” he says. “TikTok users are pretty discriminating in their own way, so they’ll likely know when they’re being manipulated or marketed to.”

Florence Welch, Ed Sheeran and others air their TikTok annoyances

An awareness of falling afoul of fans caused many top acts to voice their criticisms of the need to generate TikTok videos well before Halsey’s pushback.

“The label are begging me for ‘low fi tik toks’ so here you go,” Florence Welch of Florence and the Machine wrote in a caption for a TikTok video of her singing a cappella.

Sheeran made light of TikTok demands, captioning a video of himself eating a bag of potato chips: “When you are supposed to be making promos for your song, but you just really want a snack and decide that eating a snack can be a promo for a song because everyone loves snacks.”

Charli XCX captioned a TikTok video: “When the label asks me to make my 8th Tiktok of the week,” set to an audio clip that says “I didn’t really wanna be here, so I was made to be here, so obviously I’m just, like, wanting to get this over with and get on with my life.” Later, she downplayed the criticism, saying she was “just lying for fun.”

Singer Gavin DeGraw was direct, posting a TikTok video of himself singing his 2005 hit “I Don’t Want to Be” but changing the lyrics to “I don’t want to be on TikTok, but my label told me that I have to.”

Oblique griping aside, the larger issue has some artists very concerned about being commoditized.

Singer Sizzy Rocket tweeted a blistering response to Halsey’s complaint, saying it only “scratched the surface” of the ills affecting the music industry.

“Every major label in this industry has called me to write for their viral artists but won’t touch my project (because) ‘my numbers aren’t high enough,’ ” Rocket wrote. “Artistic freedom and the power to create is everything and we must NEVER forget this.”

Music industry expert Tiffany Naiman says record executives would do well to pay close attention to the current unrest and rather than pushing blanket demands start to create “bespoke marketing campaigns that mesh with each artists’ style and fan base.”

“It’s not a platform or a label or an agency that is making the money, it is artists like Halsey – and without them, no one would make money or have jobs,” says Naiman, director of the UCLA Herb Alpert School of Music’s Music Industry Programs.

Pushing all artists to engage in an inauthentic way on social media can “backfire on the artist,” whose fans will be wary of anything that feels, as Halsey said, “fake.”

“The artist, as Halsey stated, can listen to all the ideas of a good team that surrounds them, but they should not be forced into doing something they believe does not align with who they, their music or their fans are,” says Naiman. “Artists like Halsey and Florence Welch calling out labels is opening the eyes of executives.”

Matthew Lewin, part of the synth-pop duo Magdalena Bay along with Mica Tenenbaum, says his band’s TikTok engagement is “encouraged but not enforced,” with Tenenbaum noting that “they’re not sending us (messages), ‘You have to do this TikTok today.’ ”

That said, Lewin is wary of any artist being told to create videos for the purpose of generating a mass response.

“There could be downsides if labels expect every song they put out to go viral because that’s just not going to happen,” he says. “So if there’s pressure for an artist to create a viral moment, I could see why that would be negative overall.”

Nonetheless, TikTok is a force that has to be reckoned with, many artists acknowledge. Singer Roth says she sympathizes with artists who have made their name before TikTok’s rise who might find themselves frustrated with the demands of this new era.

But, she adds, “the industry is constantly changing, there’s constantly new ways to grow.”

Verdes echoes that sentiment. In fact, he ventures that this latest TikTok debacle will soon enough provoke the same “What’s new?” response as the days when asking an artist to make a video to accompany a song seemed like the height of crassness.

“We’re going be talking about this again with another artist in 10 years about how something is manipulating something,” he says. “It happens every day, and then people just forget.”

Turning 50 in 2022: Essential albums from the Rolling Stones, Elton John, Eagles worth celebrating

The Long, Tangled History of Teletherapy - The Nation 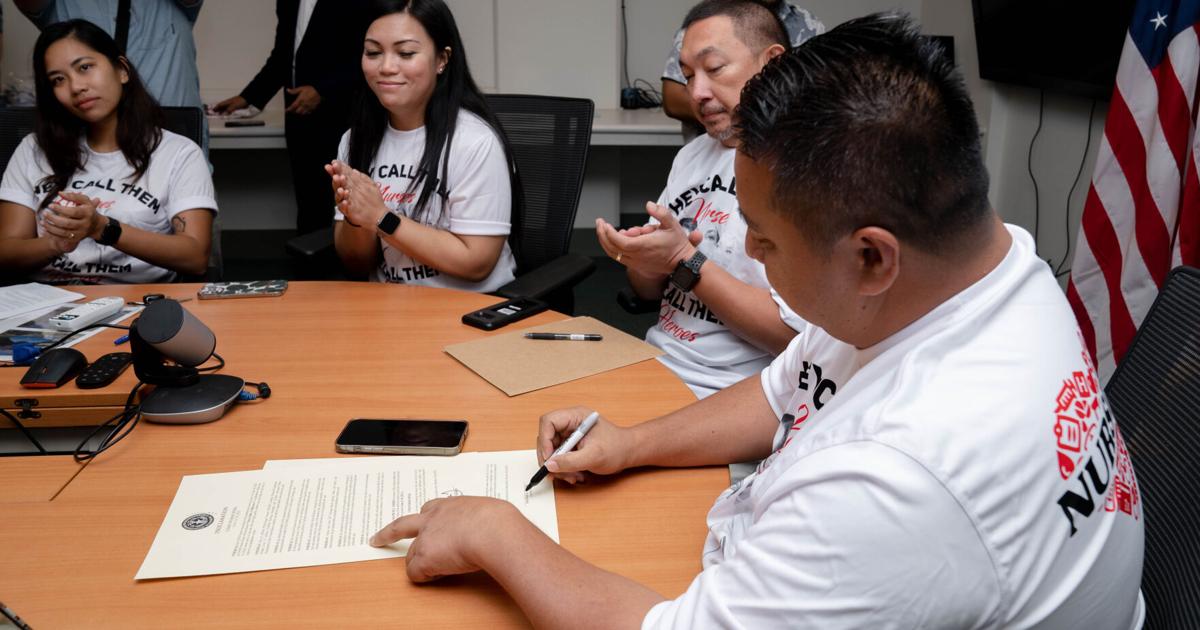 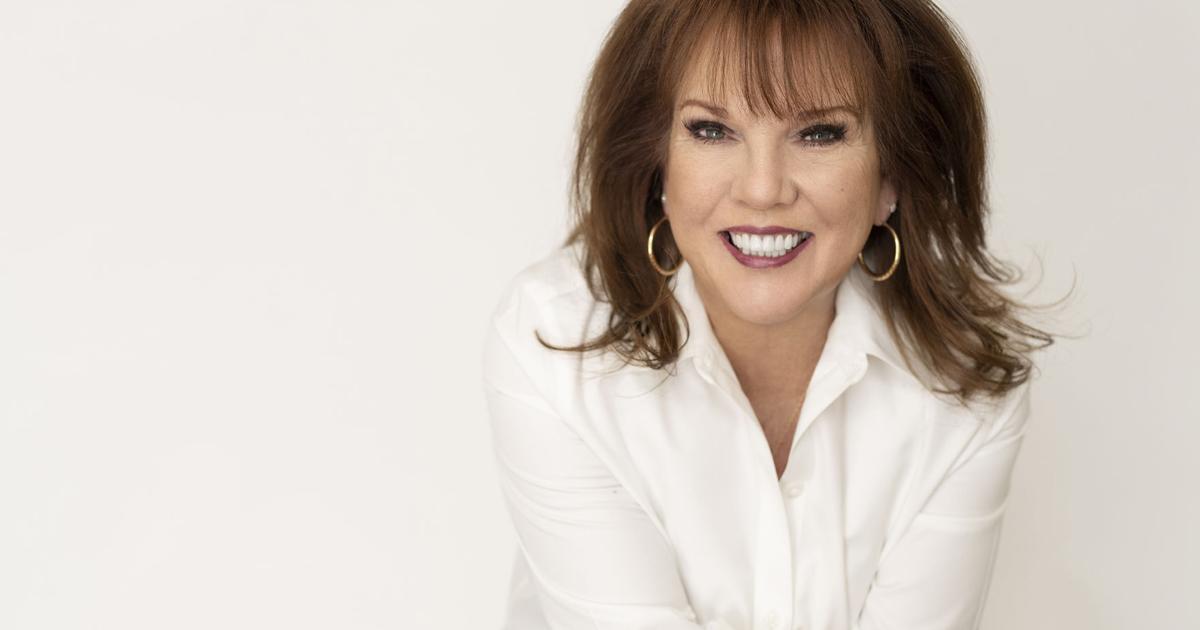