Muhammad Iqbal vividly remembers the day his 16-year-old son, Kashif, died. He speaks about that experience often. It was March 15, 1996, and they were in London, England, in a last-ditch effort to treat a blood disorder that was killing their son.

The Royal Free Hospital (“It wasn’t free at all,” chuckles Iqbal) was a few kilometres away from the house where the Iqbal family was staying as guests.

They would take a train and walk the rest of the way to the hospital to save the few pounds Iqbal had. On that fateful day, it snowed in London and there was ice on the roads.

“Kashif complained he was tired so I gave him a piggyback ride. After a few steps we both slipped and fell hard. We both laughed at how silly it looked,” recalls Iqbal. That was their last laugh together.

At the hospital he required constant blood transfusions, along with a powerful drug which flushes out the iron content that comes with another person’s blood.

But over the years, Kashif’s body had accumulated so much iron that it couldn’t take it anymore. At 3am, despite the efforts of a team of foreign doctors, Kashif died.

“I felt his heart burst. I saw blood gushing out of his eyes and nose. My boy died like that in front of me,” says Iqbal.

Thalassemia major is a hereditary disease passed onto children from their parents. Millions of people around the world live with Thalassemia minor, which may cause mild anaemia, but nothing more serious.

But when two individuals with Thalassemia minor marry, the chances of their offspring having the devastating ‘major’ version of the disease increases manyfold.

While most of the advanced world has been able to control the spread of this blood disorder, Pakistan remains one of the countries with a high prevalence of babies born with Thalassemia major due to cousin marriages.

“In Pakistan we have 70,000 patients. Dozens of  babies with this blood disorder are born in our country every day,” says Iqbal, who now heads the Kashif Iqbal Thalassaemia Care Centre (KITCC), which runs not-for-profit blood transfusion facilities in various cities across the country.

Annually, some 8,000 Thalassemia major babies are born in Pakistan. In contrast, the UK reports only 20 such births per year.

One way to stop the disease is to institute mandatory blood screenings before couples marry. Iran and a few other countries that used to have a high prevalence have almost eradicated the blood disease via these compulsory measures.

Many parents don’t even realise their children have the disease until they fall sick.

Nida Saad regularly takes her three-and-a-half-year-old son, Muhammad Tahir, to receive blood transfusions. Her husband is not her cousin, but they are both Thalassemia minor carriers.

“When Tahir was six months old, I noticed he stopped eating, turned pale and had constant fever. Now I make sure to regularly check his haemoglobin,” she says.

When the universe conspires

Iqbal was a junior ranking officer at the Pakistan Steel Mills when he married his cousin in 1978. Both had Thalassemia minor and were unfamiliar with the disease at the time.

When Kashif was a few months old, he started to turn pale, stopped eating and his health deteriorated.

“At first, doctors couldn’t diagnose his condition. But when it was confirmed he was Thalassemia major, we had to arrange blood transfusion twice a month. But no one told us that there’s something called a serum ferritin test, which indicates the level of iron circulating in the blood.”

At the time of Kashif’s death, his spleen, which filters blood, weighed around eight to nine kilograms due to all the iron it had accumulated. A normal spleen weighs no more than 250 grams.

Every Thalassemia major patient requires a blood test to check their iron content level after a blood transfusion. It is reduced by administering an injectable drug called Desferal, which is made by pharma giant Novartis.

One reason Iqbal decided to open facilities to provide free treatment to Thalassemia patients after his son’s death was to ensure that they get Desferal injections, which is generally administered via a mechanical pump.

Along a dirt road in Karachi’s Dalmia area, Iqbal has built a charity-run KITCC facility, which has state-of-the-art blood analyzers, X-ray machines and other equipment. It has outlets in many other cities. How was he able to do that?

As Iqbal puts it, everything comes down to the generosity of strangers.

As a junior employee of the Pakistan Steel Mills, Iqbal was earning a few thousand rupees per month. When Kashif turned 14 in the mid-1990s, Iqbal heard about a bone marrow transplant procedure that might help Kashif survive — but that would cost millions of rupees, and the treatment could only be done in Italy or the UK.

“What would you not do for your son? Someone asked me to try herbal therapies and we did that. Someone else asked to see the faith healer and we went to him. We did everything that could have been done in Pakistan to treat him.”

It has been years, but Iqbal hasn’t forgotten the kindness of people — some of whom were complete strangers — who came forward to help raise funds.

Kashif’s friends at school went door-to-door, Iqbal gave interviews and his co-workers at the steel mills donated a day’s salary. Yet the funds were short.

“That’s when someone put me in touch with Moin Akhter, who did a lot for me to raise the money,” says Iqbal.

Akhter, who passed away in 2011, is remembered as Pakistan’s most famous comedian. He organised a charity fundraiser for Kashif in which he used his clout to bring in other stars.

En route, they stopped in Saudi Arabia to perform Umrah. And that’s when a chain of events began that amazes Iqbal to this day.

“I met a Bangladeshi — Mr. Khusro. I don’t even know his full name. He saw my son’s condition and wrote a telephone number of his brother’s who lived in London and said we can contact him if needed.” His brother’s name was Mujeeb-ur-Rehman.

In Italy, doctors ran multiple tests on Kashif for a few days and then asked  Iqbal to go back to Pakistan. “They said there was so much iron in Kashif’s body that they couldn’t do anything. But I wasn’t giving up.”

Iqbal knew no one in London, so he called Mujeeb-ur-Rehman, who not only came to receive the family at the Heathrow airport, but also accommodated them in his small, two-bedroom apartment.

Rehman worked at a restaurant owned by Yasmeen Nizai, a Pakistani. As word spread about a boy who was fighting for his life and needed help, the South Asian community mobilised resources.

“I don’t know how things happened. I only had a few pounds left. But somehow we were moved into a furnished apartment which had everything — even the refrigerator was stuffed with food.”

After Kashif’s death and burial in London, Iqbal and a few friends made a pledge to fight Thalassemia in Pakistan.

Iqbal’s first task upon his return was to collect and screen blood samples from people all across the country  to find out how many Pakistanis had Thalassemia minor. With syringes in hand, he would go to markets in Karachi and travel to Peshawar in the north, asking people for samples of their blood, always telling them the story of how his son had died.

After months of effort, he was able to collect samples from 28 communities. When the laboratory tests came back, they revealed that the highest rate of Thalassemia — 13 to 14 percent — was among the people of Balochistan, where cousin marriages are common.

Dr Sundus Mehmood, a general physician there, says the majority of its patients have been born out of marriages between cousins or within a close-knit community.

“Fortunately, with the treatment and care that is available now, the life expectancy of Thalassemia major patients has increased,” she says.

The eldest patient at KITCC is 37 years old.

“Five of my sisters and 17 nephews and nieces are minors. We have got them all tested.”

So even if some of them want to marry within the extended family, they’ll know who is not a suitable match.

There are other health institutions where patients — most of them children — can receive blood transfusions. But every patient needs at least one pint every fortnight. And there’s never enough blood available.

“We recently set up a camp hoping to collect 100 bottles. We managed to get only two,” says Iqbal.

“I built KITCC for 50 patients. We have around 900 registered. I cannot take any more now.”

The best way to control the disease is to screen blood at a mass scale to determine how many people have Thalassemia minor and then stop them from marrying each other.

“Look, I am not against cousin marriages. But we need to get tested. There are regulations in Pakistan for mandatory screening, but they are not implemented. So we need to raise awareness and encourage more testing, which takes a few seconds and costs only Rs250 (around $1).” 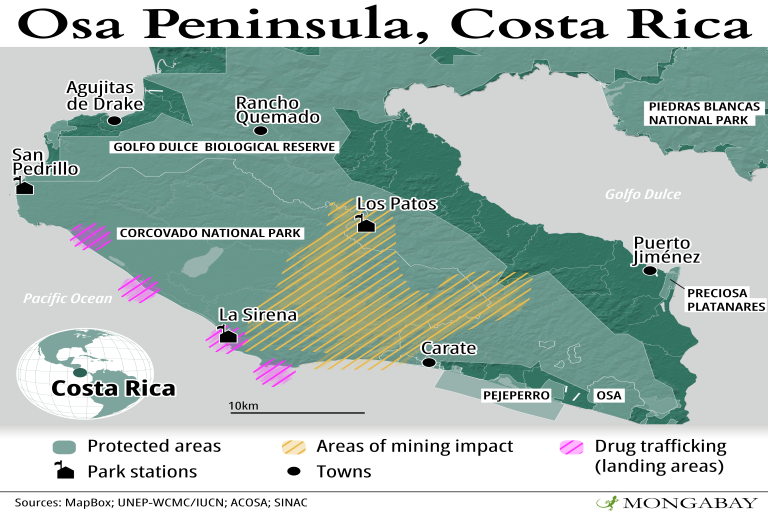