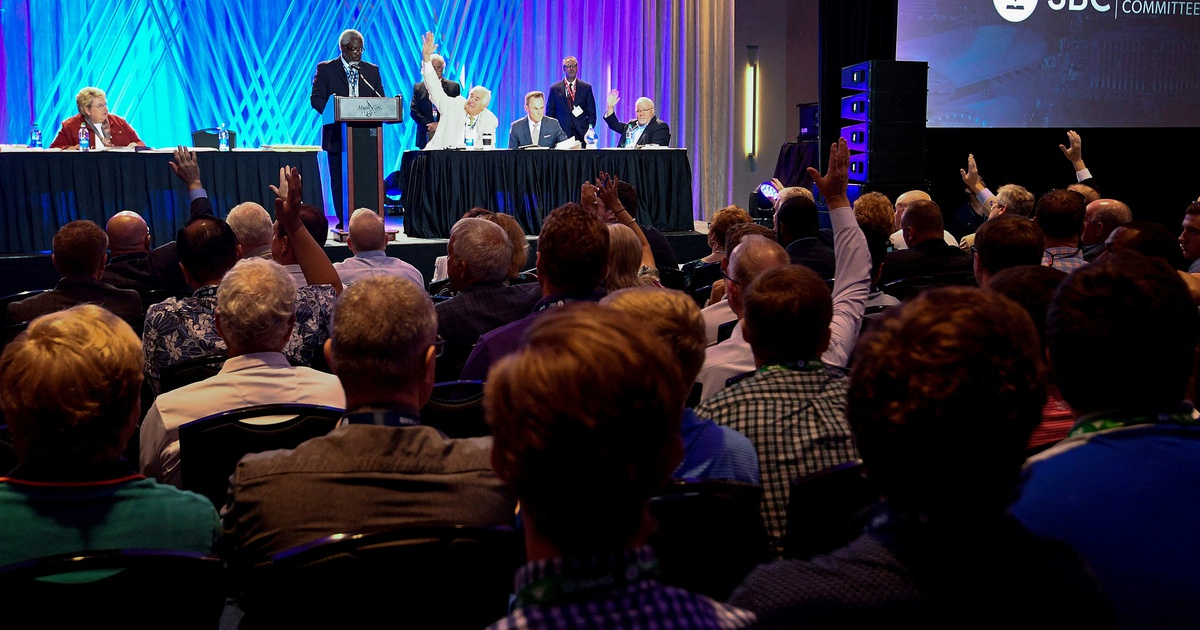 Sign up for The Brief, our daily newsletter that keeps readers up to speed on the most essential Texas news.

ANAHEIM, California — As Bart Barber, a tall Texas pastor in a suit and tie, walked outside the convention hall in Anaheim, Southern Baptists stopped to congratulate their new president. They shook his hand, patted his back and took pictures. When Barber put his name in the ring for Southern Baptist Convention president, there was similar enthusiasm from friends who texted asking if he was excited to go for the position.

But his feelings are heavier than that. He knows the baggage that comes from leadership — his predecessor Ed Litton was attacked by opponents enough that he didn’t seek a second year in office. It was the first time in 40 years that an SBC president didn’t get reelected for another term.

“This is not the first difficult season serving Southern Baptists for me. Every way that I have served Southern Baptists has left scars,” said Barber, who fought as a Southwestern Baptist Theological Seminary trustee to oust Paige Patterson over his response to sexual abuse. His eyes got glassy during a Wednesday press conference, and his speech slowed to deliberate words. “But this family of churches is worth it. It’s worth enduring slings and arrows.”

Though Barber doesn’t fit the SBC president mold — he pastors a rural congregation, First Baptist Church of Farmersville, and not a megachurch — he’s active and vocal on Twitter, with nearly 17,000 following his folksy commentary and analysis. There, he told reporters, he’s seen how “the coarseness, the crass discourse that’s out there in the world has come into our family of churches.”

He inherits ongoing denominational divides and the monumental task of moving abuse reform forward. His first priority is appointing the task force responsible for recommending next steps and creating an abuser database in the wake of last month’s devastating report into SBC leadership’s response to sexual abuse within the denomination’s ranks.

As fellow Southern Baptists debate what can be done while protecting church autonomy, Barber believes SBC polity will be “nimble” and able to allow for the reforms needed to protect against abuse.

Electing Barber was one of two major decisions toward the cause of abuse reform at the Southern Baptist Convention annual meeting on Tuesday, when the messengers also approved a database and new task force to oversee denominational changes.

Barber defeated opponent Tom Ascol in a runoff on the first day of the meeting, garnering 61% to 38% of the 5,600 votes. Ascol, the Florida pastor who leads Founders Ministries, had been backed by the Conservative Baptist Network and adopted its “change the direction” slogan against supposed liberal drift in the conservative evangelical denomination.

For the past two years, the presidential race has reflected divides in the SBC. A faction led by the fundamentalist CBN resisted the call for a robust abuse investigation that waived attorney-client privilege and criticized some of the proposals that resulted from it.

Barber’s victory is seen as a promising sign that the recommendations for abuse reform will move forward in the year ahead.

“It’s a win not only for the convention but for sexual abuse reform,” said Josh King, lead pastor of Second Baptist Conway in Arkansas. “Bart is going to be much more supportive and going to facilitate the direction the convention was going” at this year’s meeting.

His wife, Bible teacher Jacki King, acknowledged that the vote still revealed a “pretty distinct divide” in the denomination, but “a majority are saying this is the way forward, that we have to rectify the ways we’ve gone wrong and care for survivors.”

When Southern Baptists were debating what the SBC could do under its polity of autonomous churches, Barber pledged to seek justice for survivors, writing, “The same Bible that teaches us about local church autonomy teaches us more clearly and forcefully about loving one another.” He also condemned efforts to reject the investigation’s findings due to Guidepost Solutions’ affirmation of LGBT Pride month.

Barber is also a Southern Baptist historian, having studied at Southwestern Baptist Theological Seminary. He wrote his dissertation about a historic schism among Baptists in his home state of Arkansas, a relevant background as Southern Baptists once again risk letting politics lead theology rather than the other way around.

He was among the Southwestern trustees who called for the 2018 dismissal of past president Patterson. Barber said his experience as a trustee will inform his involvement in the Executive Committee, the North American Mission Board and the International Mission Board as SBC president.

“Being Baptist isn’t something he does; it’s who he is,” wrote Dave Miller, Iowa pastor and the editor of the SBC Voices blog. “He’s all in. He loves our seminaries. He loves our missions program. He loves our churches. He loves who we are and what we do.”

Barber served as the chair of the committee on resolutions for this year’s annual meeting. The committee offered two statements addressing sexual abuse and survivors, and his colleague Matt Henslee was president of the SBC Pastors’ Conference.

Henslee, who nominated Barber, told CT that Barber’s victory “shows that we are united in the gospel and the call to make disciples.”

His election also represents an exception from the past several SBC presidents, who had bigger names and platforms. Barber, who has led the same congregation of a few hundred for the past 23 years, said he hopes by taking the position, other pastors will see a place for themselves in leadership, that the “deep bench of leadership we have in the SBC can all lean in and be a part of this process.”

California pastor Glenn Nicolas voted for Ascol, whom he followed online and through his Founders Ministries podcast, and also felt the lingering effects of the divide in the 13.7 million-member denomination.

Nicolas, who leads Light by the Bay Church in the San Francisco area, said he’s leaving day one of the annual meeting — his first — with concerns over the presidential outcome and the decision on abuse reform, which he fears could encroach on church independence.

Join us Sept. 22-24 in person in downtown Austin for The Texas Tribune Festival and experience 100+ conversation events featuring big names you know and others you should from the worlds of politics, public policy, the media and tech — all curated by The Texas Tribune’s award-winning journalists. Buy tickets.

Abortion Is on the Rise, Proving That Abortion Access Is Needed Now More Than Ever - POPSUGAR 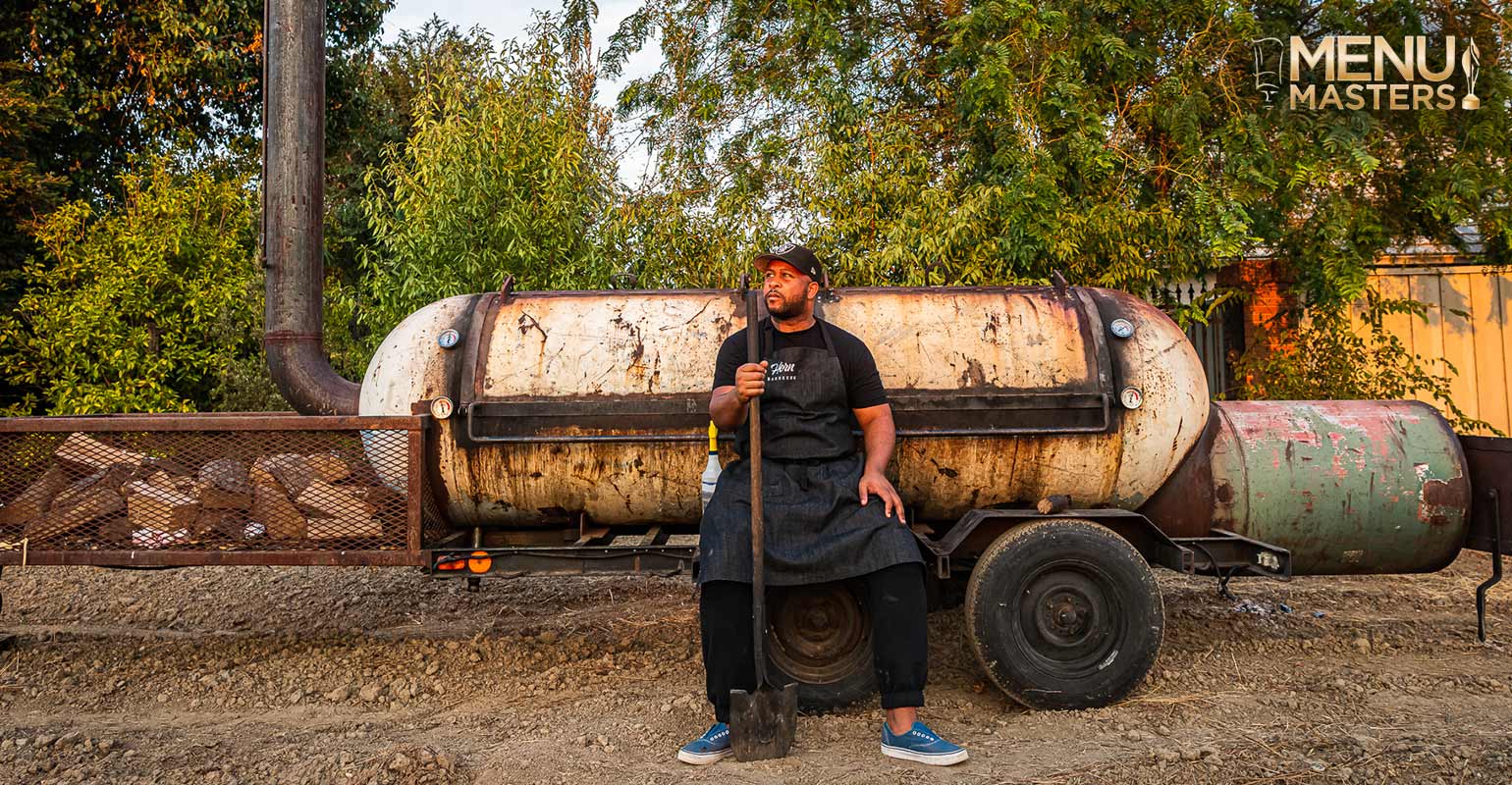 3 ways to talk to your kids so they will actually listen, according to one parenting coach – CNBC