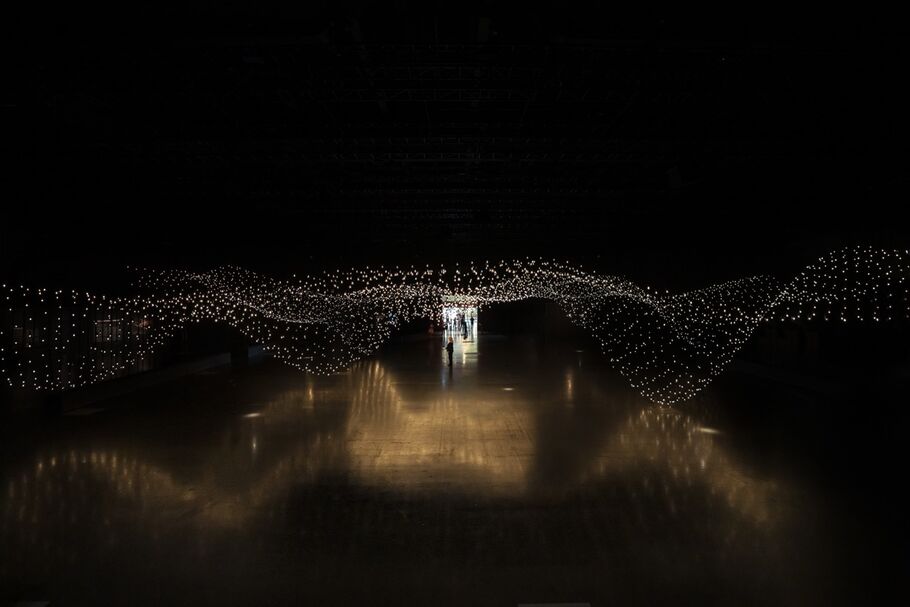 Rafael Lozano-Hemmer’s immersive and interactive installations subvert systems of technological power to reveal the beauty of human connection. The Mexico City–born, Montréal-based artist plays with biometrics to create images, light, and electricity that mirror the natural inner workings of the body. “It’s a desire to capture the ephemeral,” Lozano-Hemmer explained in a recent interview. “It’s an absurd insistence on making tech tangible and making palpable the invisible. A lot of my work is about that—it’s about, ‘how do we interconnect realities in how we coexist?’”

This year, Lozano-Hemmer is bringing his human-centric use of biometrics to Art Basel in Basel, Switzerland. Superblue and BMW i are presenting the artist’s installation Pulse Topology (2022) from his ongoing “Pulse” series (2006–present). As visitors pass throughPulse Topology, the piece detects visitors’ heartbeats through technology that measures photoplethysmography—the change of opacity in your skin as blood flows—by analyzing the variations of coloration in the skin. In response, Pulse Topology’s 6,000 light bulbs glimmer and change, modulating in tandem with heartbeats, while also recording and playing the sounds of the organs’ rhythms.

Pulse Topology functions like a memento mori in that it retains the last 6,000 heartbeats that passed through it, with the newest heartbeat replacing the oldest. In this way, it creates connections through space and time between visitors who have never met. On the occasion of Art Basel, Lozano-Hemmer and his studio have also partnered with BMW engineers and designers to bring the same technology of Pulse Topology into the BMW i7. Upon sitting in the i7, a visitor will experience their heartbeat through light, sound, and graphics.

The collaboration with BMW, which was facilitated by Superblue, is part of a long tradition in Lozano-Hemmer’s practice of creating experiences through technology that can be universally understood. In past works like Border Tuner (2019), Lozano-Hemmer used light to create visual bridges along the United States–Mexico border, connecting Ciudad Juárez, Chihuahua, and El Paso, Texas. In that case, the light was controlled by voices of participants on either side of the border and created visuals that could be seen from over 10 miles away.

Lozano-Hemmer strives for an intuitive practice, where the participant’s presence is essential to activating his work. “My collaboration with BMW is really a collaboration with the designers and engineers,” he explained, noting that together they had a dialogue around creating tech interfaces that are universal.

Portrait of Rafael Lozano-Hemmer at Art Basel, 2022. Courtesy of BMW i and Superblue.

He likens his approach to universalizing technology—which is still bogged down by the social inequalities of the world—to that of a DJ playing in a nightclub. A DJ builds their playlist in response to the audience’s presence, ideally creating a symbiotic relationship with dancers.

This reference to nightclubs is not accidental: Lozano-Hemmer grew up in a discotheque. His parents owned a nightclub in Mexico City called Los Infernos. “I became a chemist because I think you must rebel against your parents,” he explained. “When I was 13, my dad gave me a book called The Bible of the Bar. So I said, ‘I’m out. You want me to make reactions, I’ll make chemical reactions!’” He pursued chemistry and coding at Concordia University in Montréal and graduated with a bachelor’s degree in physical chemistry in 1989.

Nevertheless, Lozano-Hemmer’s disco upbringing, alongside his early use of coding and artificial intelligence, shaped his early work, including collaborations with fellow artists and musicians in Montréal. His first art installations were based on these collaborations, such as a 1992 piece where a choreographer interacted with a robotic eye that was programmed to follow her as she danced across the stage. At the end of each performance, the audience was invited onstage to see the eye for themselves and test out the program, disproving any doubts about the dynamic use of technology.

As one might suspect, the same interactive features that electrified Lozano-Hemmer’s early experimentations are the same ones that are used for systems of surveillance and policing. “There are many artworks that I have made that make evident the mechanisms of tracking and policing,” he said. “And other times, there are projects where we are trying to misuse the technology that is trying to control us and track us, and we create [instead] poetic and critical experiences.”

While discussing the new, poetic staging of Pulse Topology, Lozano-Hemmer recalled a past iteration that was particularly impactful: In 2014, he mounted the installation at the Izolyatsia cultural center in Donetsk, Ukraine. A few months later, Pulse Topology was presented in Madrid, Spain; at the same time, the Chechen militia invaded Donetsk. And as the piece was first activated in Madrid, a sobering realization was cast upon participants, as the last 6,000 heartbeats on record, which reverberated throughout the exhibition space, were from individuals who were experiencing extreme duress.

Now, Pulse Topology also arrives at a time of global turmoil, not only with the war in Ukraine but amid the still-lingering effects of the COVID-19 pandemic. Its activation now may be seen as a way to visualize the heartbeat as part of a shared existence across geography and time.

Lozano-Hemmer does not situate his work as new, but rather as something that is in dialogue with a fleeting, unfixed oral history of Latin American cultural producers. He makes an analogy between his research practice and that of the Brazilian inventor and painter Hércules Florence, who is credited with inventing photography in 1832. While Florence invented the apparatus of picture-making, he did not create a fixer that would make the images permanent. By giving the example of Florence, whose contributions have largely gone unrecognized, Lozano-Hemmer points to the ways that many innovations in technology have an origin story tracing back to individuals who were written off the official record.

Rather than make technological discoveries, Lozano-Hemmer is interested in rebelling against them. He observes the ways that technology is out of control, and seeks to harness it by creating connections across various earlier, overlooked innovations in the field. This approach not only drives his collaborations, but fuels his human-centric use of technology.

“We can change the narrative of technology,” Lozano-Hemmer said. “We are not just at the receiving end.” 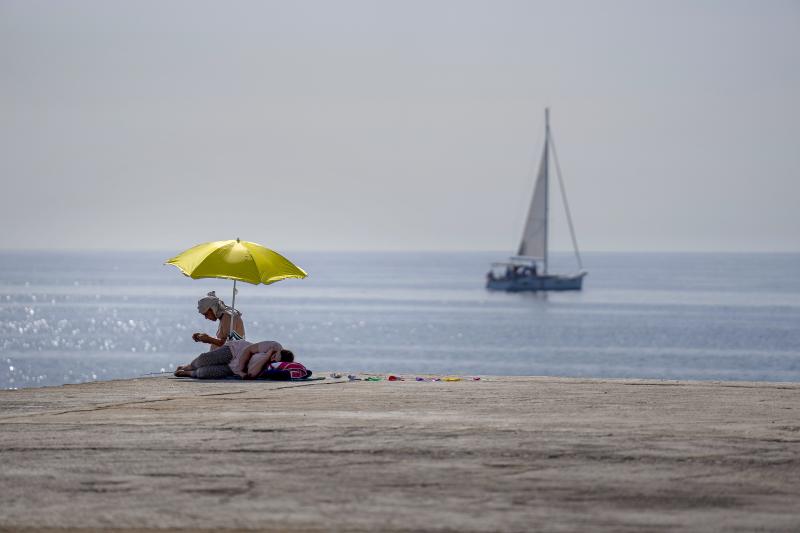 Sleep scientist Russell Foster: ‘I want to take the anxiety around sleep away’ – 台北時報

#Girlbosses are over. The alternative is still problematic – Fast Company