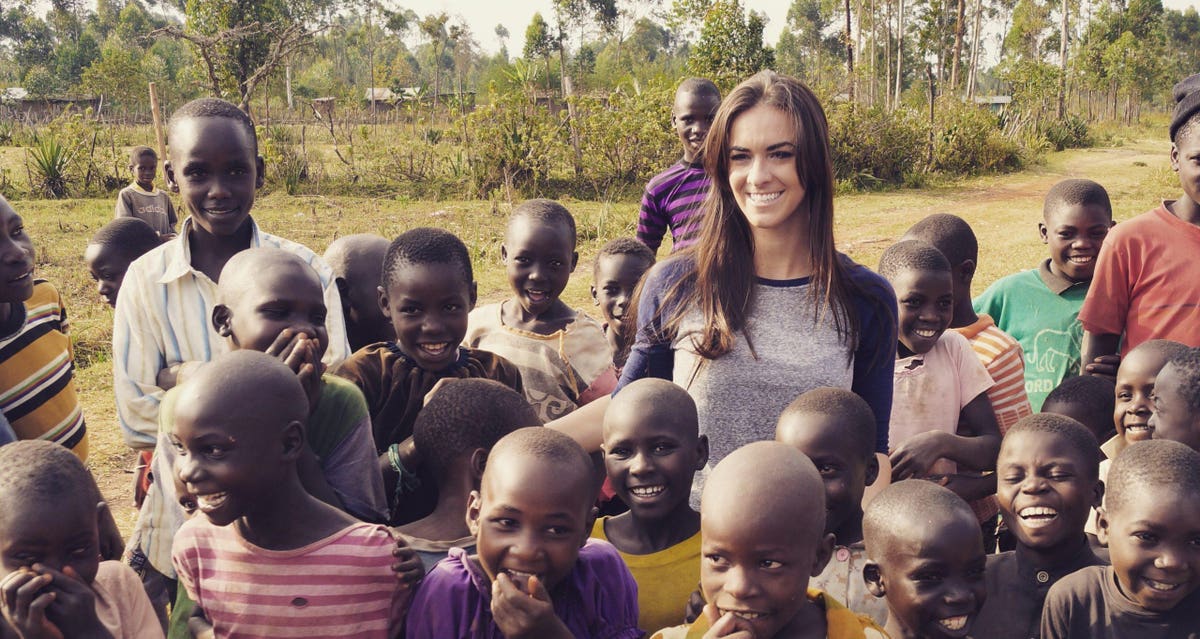 Intestinal fortitude or grit describes the hopes of the education sector wanting to adequately prepare students for the unknowns of adulthood and life. Unlike career paths that often launch on the shoulders of conventional educational curricula, younger generations are finding success through impactful grassroots efforts over mere job attainment.

Gallup reports that 21% of millennials indicate changing jobs within the past year, representing three times the number of non-millennials surveyed. The impetus appears to be the search for a position that feels worthwhile, and consistent job-hopping is the result of looking until a meaningful one shows up. Engagement and community building through empathy are a top priority.

A recent Forbes article points to how Gen-Z is rethinking their education and careers with empathy and worldwide community building at the forefront. Many are using their vast array of technology-based skills to launch their own businesses.

Britnie Turner is someone who has already embarked on the non-traditional pathway in forming her own business based on the principles of change and caring. She founded Aerial at the age of 21 with the goal of elevating people and places. Turner began working for free and living in her car, and one decade later is now engaged in global real estate projects. The Aerial brand has formed numerous businesses that add to the acceleration of empowering people, sustaining the planet, and leveraging capitalism to promote positive change.

Turner is resetting the standard for what is possible for women and young people around the globe and has won several national and international awards for speed of growth, innovation, and trajectory. Her mission is to knock out poverty at its root.

This reporter wanted to understand the nexus of Turner’s efforts and how her past informs her future. The following interview represents a snapshot of a more in-depth discussion with Turner.

Rod Berger: You do not have a traditional background, and your story is a winding pathway that is very interesting. Looking at your life, how did you get to where you are now? You’re influential in many ways, so please elaborate on your pathway?

Britnie Turner: My story has been not only weird but painfully non-traditional. From the time I was 12, I wanted to do missions in Africa and help people around the globe, in areas where they need it the most and suffer the most. By 17, I was finally working to help in Africa.

It became my identity to commit to a life of service for those in the most impoverished sections of the world. I knew deeply that they needed help and how it tied to life and death. It overwhelmingly motivated me.

There are different levels of poverty all over the world and I grew up “American poor.” I would work five jobs at a time to save and go on the mission trips every summer. Still, I felt I was doing the worst job ever because instead of a beautiful (almost postcard) experience, I was caught in an overwhelming feeling of anger.

Anger as a Wake-Up Call

Berger: Explain the juxtaposition between giving and anger. What did you see while in Africa that triggered that feeling?

Turner: I was mad because I saw unnecessary suffering in my initial experience. I came from South Carolina, where there is poverty but not to the levels of full abuse that I witnessed. Starvation, abuse to kids, including rape and death. The basics of a functional society that keep humans alive and happy weren’t there. I was mad because the suffering was pointless in my mind, and I believed fixable.

I remember a particular mission trip at 17 where I met a little girl that because of the sexual abuse she experienced as an infant before the age of one, couldn’t speak as her vocal cords were destroyed. I discovered that in this specific community, one out of every four babies die before they turn one from sexual abuse. It was socially acceptable. It was considered something that just “happened” there. Again, I became so furious. I don’t want to say anger was my fuel, but it woke me up.

I declared that I could not live in a world where this was okay. At that moment, I dedicated my life to doing something about it. I could have been that little girl and the hopelessness in her eyes rocked me to my core.

If something takes you to a heightened level of anger or overwhelming sadness, I believe that’s a clue to finding purpose. We might not have the grace to take on all the causes that enter our lives, but I knew I couldn’t see what I witnessed and do nothing. How could I justify buying a nice car, for instance, knowing that a little girl and others like her were suffering?

A Business Model of Care

Turner: I always had the heart to help as a little kid. I think that my generation wakes up to care at a different level. I don’t know why that is, but many do care deeply. Maybe we had the opportunity to be able to care about things beyond ourselves based on not living in the Great Depression and things like that. We didn’t just have to survive like our parents, getting past certain Maslow’s hierarchy of needs to care about other things.

Unlike some in my generation, instead of becoming a ‘hater’ activist or changing the background on my profile pictures, and talking on the internet, I decided to go out and build companies and organizations that knock poverty out at its root. In some ways, it was the weirdest path ever because it’s never been about business for me. It’s always been about getting the education to solve poverty, in the most desperate places that nobody else wants to go.

Berger: What drove you to take your passion for affecting change to developing business ventures and entrepreneurial efforts?

Turner: I originally thought business was stuffy and boring. It’s almost like a bit of an out-of-body thing to even have that idea. To make a long story short, I was basically taught the principles of Rich Dad Poor Dad of how to buy a house with no money down and how to rent it out for more than your mortgage, and create cash flow. I knew if I had enough cash flow, I could live in Africa and not ask others for money.

In 2007 I bought my first house as a waitress because they were practically giving everybody loans. Then I learned about flipping, buying apartment complexes, and saving chunks of money at a time. I realized that if I could bring in $10,000 a month, I could build my own orphanages, and nobody could tell me what to do.

As a millennial, instead of just fussing about what’s out there, I decided to make my own money. I don’t want anybody to cap my calling just because I rely on them financially. There’s nothing wrong with receiving help or donations, but living at the beck and call of others so your passion can happen is not responsible. At 17, I didn’t have any resources and had never been around wealth before, but I knew because I lived in America, I was several Google’s away from figuring it out.

Berger: What do you think separates the masses from doing what you have done? What do you think is necessary to get others off the chair, and put action to beliefs guided by a moral compass? Are there ways to support the next-gen Brittany Turner so that a future young girl sees an opportunity, path, and support to do the things that matter?

Turner: The biggest thing is people don’t realize their potential. Instead of going aerial in their life and asking what is possible in their one chance on Earth, many only see what’s right in front of them as an option. They do what they’ve been told.

Start with your potential on this planet and then start taking steps. I woke up early to the concept at 17, during a survival school class before my trip to Africa. I walked into class one day, and the instructor asked us to write our eulogy. First, he asked us to write what we would want people to say at our funeral in the future. Next, he asked us to write another version that stated what people would say if we died today.

The gap between the present and the future is the actions you can start doing now in living an intentional life. That’s what I teach now. It’s about facing your humanity because the only thing that is guaranteed in life is that we are going to die.

Harnesses what people with terminal illness have, as a fire to go after it. We all have a terminal illness called being a human. It’s not meant to be morbid, but I recognized that if I don’t do it, who else would? I have a responsibility because I could have been that traumatized little girl. The gift is to try to do something to change it.

Berger: Let’s talk about paths to learning because you’re self-made and didn’t go to college. What do we need to do to provide opportunities and paths for learning that support a very free entrepreneurial spirit like your work? Can we learn a lesson when it comes to the way in which we support the upcoming generations? How can we match areas of importance to careers so that education is a supportive underpinning?

Turner: I don’t recommend anybody doing what I did. I lived in my car and worked for free for almost nine months to learn because there was no better path. I like what you’re bringing up because it would have been much better if that was an option.

It’s now understood that the old way of just following a random path that’s laid in front of you doesn’t work out well. Taking a lot of time to learn things that don’t really pertain to uses in life is more recognized. I don’t mean to offend big university agendas but many younger people want to know what they need to know. Information changes too quickly, and the old way of doing things is dying. We’re all over it. People are just searching for a new path.

Ask yourself in this one chance on Earth, what do I really want to do? Life purpose is what you give the world and your gift is normally a solution to a problem. I want to encourage younger generations that life is also not going to be a highlight reel.

It starts with asking what’s possible and taking the time to strategize our lives. Nobody else’s opinion matters. In a worst-case scenario, you can always move somewhere bluer and warmer and start over.

Britnie Turner may have outlier stamped on her passport. She might also model the spirit of a generation not amused by the career paths of their respective parents, seeking meaning before wages and impact before corporate labels.

Turner represents a new style of philanthropic and humanitarian educator firmly rooted in aiding the under-resourced while at the same time building the collective impact muscle of a new breed of entrepreneur.

How and where will education support the Britnie Turner’s of the world?

Interviews have been edited and condensed for clarity. 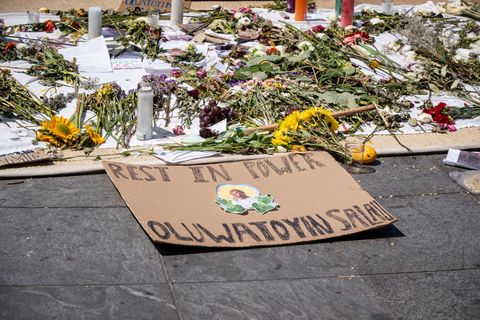 What Could Have Saved Oluwatoyin Salau? – Harper’s BAZAAR 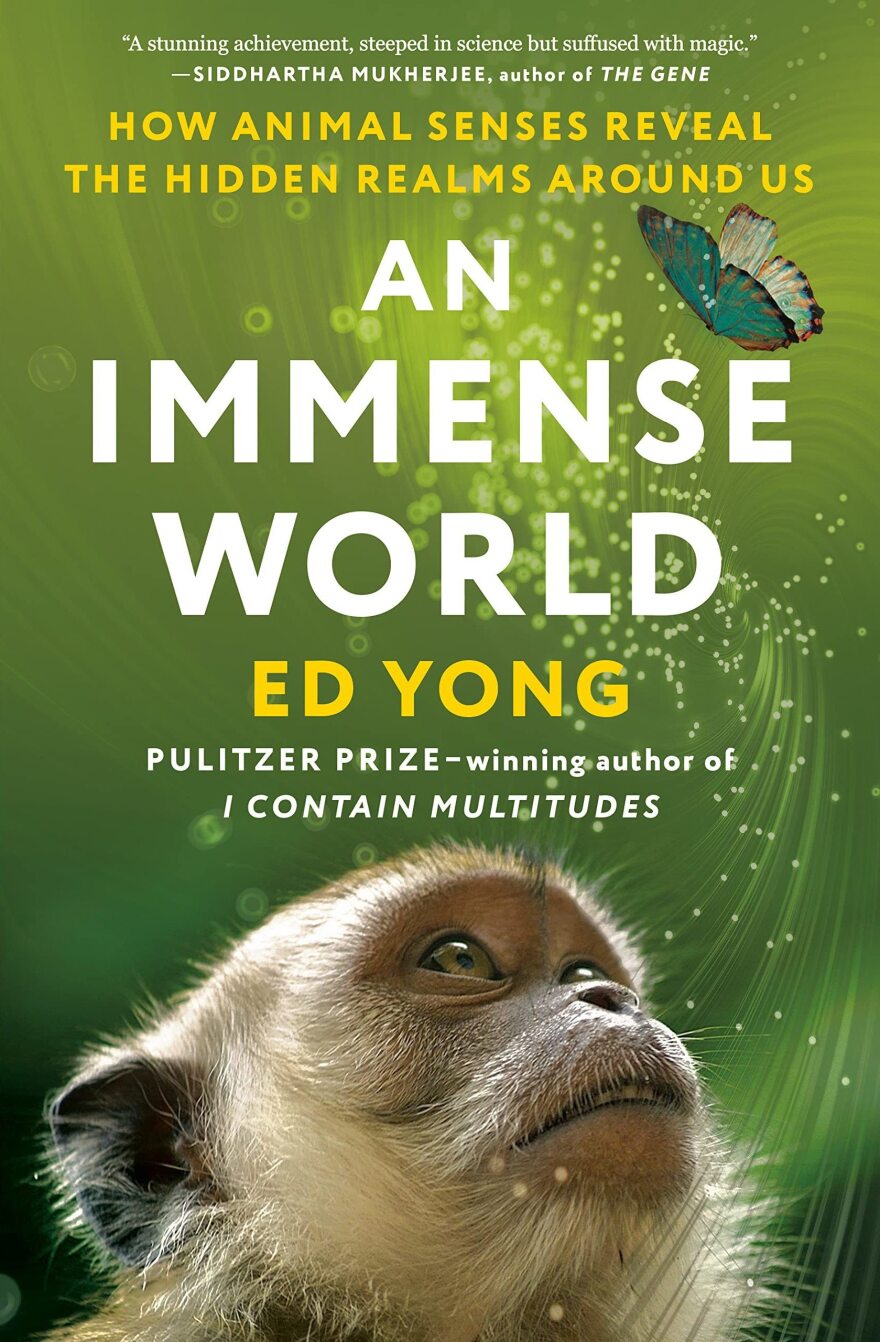 The human sensory experience is limited. Journey into the world that animals know – KPCW