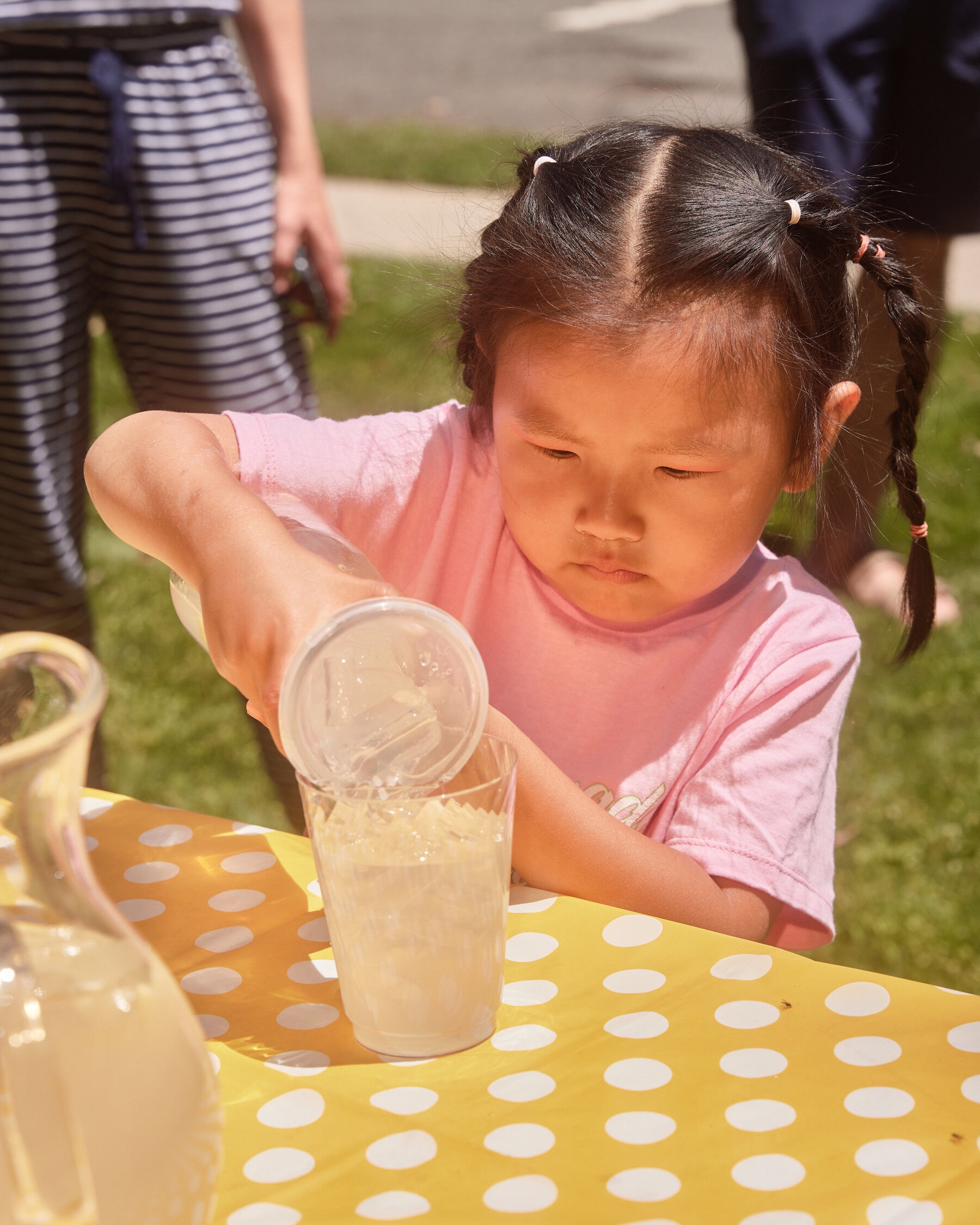 Lemonade stands have adapted for sour times, raising funds and creating fun along the way.

When Laura Kurtz staged lemonade stands as a child in Raleigh, N.C., they were simple affairs.

“We would bring out the folding card table and chairs and pop them at the end of the driveway,” said Ms. Kurtz, who is now 34 and a management consultant in Chapel Hill. “The lemonade would come from concentrate.”

Fast forward to Memorial Day 2022, when she and her four-year-old daughter, Penny, set up a lemonade stand in front of their home.

The idea started at a store: “If you impulse purchase a set of lemon-shaped napkins from T.J. Maxx, then naturally you have to build an elaborate lemonade stand,” she said.

Using crates and other supplies, Ms. Kurtz built a stand, complete with a fabric white-and-yellow-striped awning and shelves to display a bowl of fake lemons and decorative straws. She also made lemon garlands and an array of signs, and tied pink ribbons to the top for “pops of color.”

The morning of the event, Ms. Kurtz and Penny squeezed lemons and added sugar, water and ice, which her daughter later sold for one dollar a glass. “My dad was appalled by the price. He said it was too much money,” Penny said. “I was like, ‘Dad, it’s freshly squeezed.’”

Penny made $13 over two hours. “I think that might have covered the price of lemons, but that wasn’t the point,” Ms. Kurtz said. “The point was to have fun.”

Lemonade stands have long been part of the quintessential American experience. A New York Times article from July 1880 describes them popping up around New York City: “This cheap lemonade business has come very much to the front in New York within the last year or two,” it said. “Before if a thirsty soul wanted a glass of lemonade, on a hot day, he had to go into some bar-room and pay 15 cents for it. Now, at any one of these lemonade stands — and scores of them have been established — a customer can have a glass of ice-cold lemonade made before his eyes for five cents.”

Children eventually took over the trade, and for at least a few generations, parents have seen them as ways for their children to learn entrepreneurial skills while having fun.

Lemonade stands suffered early in the pandemic: social distancing rules made them all but impossible. Now they are back in full force in both cities and suburbs across America. While some families still use concentrate and card tables, others have become more ambitious: making D.I.Y. stands, buying special wardrobes for the occasion, advertising on social media and offering more upscale options (organic elderflower lemonade, anyone?). Additionally, many vendors are opting to donate their proceeds to charity.

Michael York, a Marine Corps veteran in East Bridgewater, Mass., and his daughter, Aria, did not want to settle for a card table. “We spent one day building a lemonade stand ourselves,” said Aria, who is 8. “We found wood down the street and decorated it. We used sparky black, blue, green and yellow paint to make a sign.”

Even after the pandemic, Mr. York, 36, has appreciated how bonding projects like this are for his family. “I kind of go overboard with everything we do with the kids,” he said (he and his wife also have a four-year-old daughter).

It was also important to him and his daughter that all the money go to a good cause: They raised $280 for Home Base, an organization that provides funds and clinical care to veterans and their families. (“That felt good,” Aria said.)

And unlike their parents, children now have access to technology to help bolster profits.

For Carrie Weprin in the Boerum Hill neighborhood in Brooklyn, accepting payments through Venmo from people who didn’t have cash was a game-changer.

And Ms. Weprin found that her children, Elijah, 5, and Naomi, 3, were tenacious salespeople: “Anytime somebody walked by and didn’t stop, they were very vocal about it,” said Ms. Weprin, who is 36 and a documentary filmmaker. They “had no shame.” In the wake of the school shooting in Uvalde, Texas, the family donated their proceeds to Everytown for Gun Safety, a nonprofit that advocates for gun control.

Children used to put up a lemonade stand and hope people saw it. Now they and their parents can promote stands on social media and over text.

Michelle Park, a television journalist, had no idea what she was getting into when she let her children, Madeleine, 6, and Eloise, 3, do a lemonade stand on a Sunday this month. “I can’t remember ever having one growing up. My parents were immigrants from Korea so it didn’t cross their mind,” she said. “This idea was all Eloise’s idea.”

“I saw someone do it outside the playground, and I wanted to also,” the 3-year-old explained.

The original plan was to hold the event from 1 p.m. to 2:15 p.m. outside their home in Essex County, N.J. Ms. Park, 39, got two large folding tables and ordered yellow-and-white polka-dot tablecloths and kids T-shirts that said “lemonade stand boss” from Amazon.

The Essex County lemonade stand was the brainchild of Eloise, age 3. “I saw someone do it outside the playground, and I wanted to also,” the entrepreneur said. Photographs by Zack DeZon for The New York Times

They were going to hand-squeeze lemonade but soon realized that was going to take too long. “We ended up buying out the whole supermarket, like 10 cartons,” she said, adding that “it was organic.”

The children decided they wanted the money go to a GoFundMe for families impacted by the tragedy in Uvalde, so they asked for a $10 suggested donation for all-you-can-drink lemonade (Ms. Park also put out goodies for the adults like hydration powder and hard seltzers. “I wanted people to leave with something more than a $10 cup of lemonade,” she said.)

Ms. Park texted parents about the lemonade stand on multiple group chats. 40 people showed up and about half stayed until 6:30 p.m. “We brought out whatever we had in the house: shrimp, cocktails, potato chips. We also ordered pizza,” she said. “It turned into a big party with the kids playing and the adults hanging out.”

“I felt a little shy at the beginning, but then my friends came and I had some courage, because I wanted to play with them,” Madeleine said.

“It was a lot more planning and running around than I thought it would be. Who knew lemonade stands were this involved,” Ms. Park said. “From now on I will be supporting every single lemonade stand I see.”

The book that tore publishing apart: ‘Harm has been done, and now everyone’s afraid’ - The Guardian 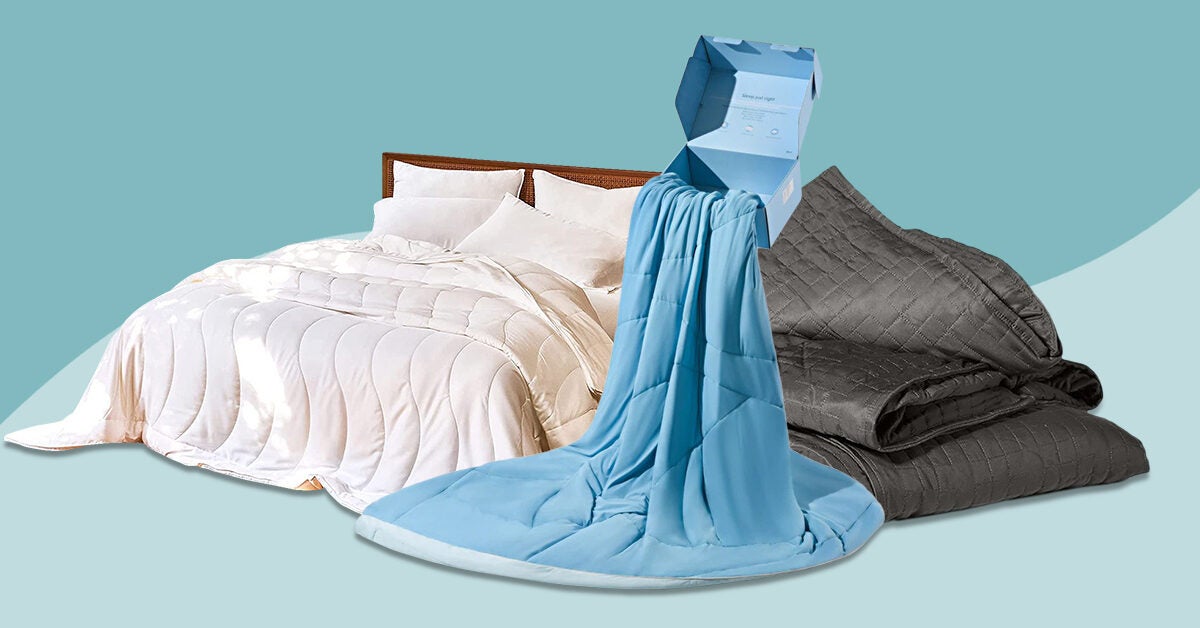 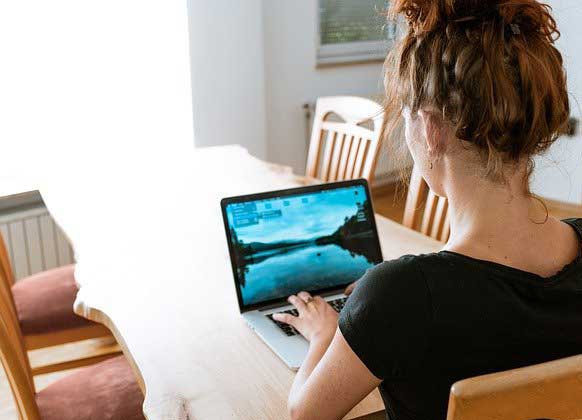