Sleepy Eye’s wonderful lake/bike trail goes through Allison Park on the south side. Alongside the trail is a faded ten-foot metal merry-go-round. It had six bright colors fanning out from its center long ago. There is more rust than color now. It’s wobbly and not really level.

It’s the type you used to see in every school yard and town park. I’ve been to Allison Park many times as a kid, father, and grandfather, but I don’t remember when this merry-go-round was put in. It’s at least a few decades old.

It’s powered by the oldest kid who runs around a dirt track worn in the grass. He/she goes as long as they can, propelling it before giving it a final fling and leaping out of the way. Meanwhile, younger kids hang on to pipes crossing the innards of the merry-go-round. If good speed and acceleration are reached, those kids scream till the spinning slowly subsides and someone sticks their feet on the ground to come to full stop.

My grandson is an age where we can easily while away a couple of hours at a park. If there’s another kid to play with, it could be all day. Modern playgrounds have soft rubbery surfaces and kid-safe plastic coverings. A lot of thought has gone into making playgrounds safe. There are less places a kid can fall from and less hard edges for a kid to cut themselves or break a tooth.

The venerable merry-go-round in Sleepy Eye is definitely “old school,” a remnant from the generation of playground equipment that was metal and wood. Scraped knees, slivers, bloody lips were all common. Broken collarbones and stitches were not unheard of.

If you are my age, you probably got hurt at a playground. There were more kids back then from big families. I don’t want to say we were expendable. That’s not exactly right, but some cuts and bruises were expected. Those tall slides without sides, metal jungle gyms and monkey bars, swings without harnesses that went twenty feet in the air: it was easy for laughter to turn to tears in a split second.

Sleepy Eye’s aging merry-go-round looks innocent enough tucked between the trees and shelters. But I can see that sometime, someone is going to look at it, and decide it’s antiquated look and mildly dangerous nature mean it should go to metal recycling. Maybe I’ll spearhead a movement to Save the Merry-Go-Round. (I wasn’t very successful with a certain Save the Golf Course effort a few years ago.)

A while back, I came across a small merry-go-round that was going unused in some trees and brush by an old park. It seemed to need a home. I had Donny Haala sandblast and paint it and found a spot for it in the orchard. I dug a hole, cemented in the center pipe, and carefully set it on with the loader.

Pam was not wildly excited by it, but she has tolerated my oddball ideas. You can see it pictured here. It is good for getting my grandson dizzy when he visits. And me if I try to go round with him.

Speaking of Pam, I noticed something during the raising of our three kids. She was more cautious than I was. I think Anna, Abby, and Ezra would concur. At an early age they learned that if they wanted to do something slightly risky, they knew to ask me for permission.

I took Pam’s approach to be a mom-thing. I am glad Pam was the way she was. Her careful and prudent approach was a necessary counterbalance to my mild recklessness. It was one of many ways we offered our children two ways to see the world.

There are many successful single parents. But there are advantages to a mom and a dad. Having two distinct views about everything has value. For all the times Pam and I drove each other nuts, I can’t imagine raising kids alone.

I can picture a 5-year-old Abby climbing towards the edge of cliff on the North Shore to get a better look at the Lake Superior. Glances went from Mom to Dad as her mind worked the situation.

“Is Mom going to say anything?

I’ll just keep looking at Dad. He understands why I need to climb out here.”

Now as a grown-up, Abby makes her way in occasional precarious situations as part of her job with the United Nations, I’m glad she got of a dose of her mom’s cautiousness. She has some risk-taker in her. I might get blame for that.

That is part of every childhood: learning the grasp of what is safe and what is not, knowing limits and understanding boundaries, when to take chances and when to step back. It’s primarily the work of parents to develop that. But in the sense of it taking a village, we all have roles. When we are in a store and see a small child has briefly moved out of their parent’s sight, we instinctively know to watch that child for a moment.

When a society functions well, there are eyes on children everywhere they go, making sure they don’t run out into traffic or get too close to water. It is the mark of a healthy community when all care about the next generation, even if they aren’t kin.

That’s what is so horrific about child abuse. It is the ultimate betrayal. Not only to a single innocent child. But to the entire society around that child. Sad and ill consequences of such harmful behavior will outlast the perpetrator, decades into the future.

Every childhood is unique and to be valued and protected by those around the child. Much has been made recently of guarding children from certain truths. According to some, we are to keep them from the knowledge that there are people different than them. And that our country is not a perfect place. I think they do a disservice to young people.

On the other hand, I would like to see more done to prevent children from physical harm. Specifically, from guns, now the leading cause of death among children. That’s embarrassing for our country. There is no other place on Earth where it is this easy to own weapons. More children are dying every day from accidental shootings and domestic fights.

I wrote last time about the Texas school shooting. Many comments made me to know I am not alone in this. If we care about children, but refuse to put any limits on guns, we are fooling ourselves. Unfortunately, we are not fooling the dead children. Children who will never be able to ride a merry-go-round again.

From eye contact to hand-holding: 5 micro-affections to show someone you care - Happiful Magazine

The book that tore publishing apart: ‘Harm has been done, and now everyone’s afraid’ - The Guardian 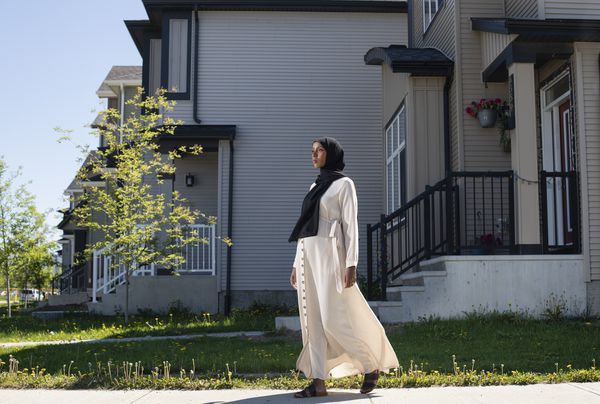 In response to racialized attacks, Muslim women practice the art of healing​ through theatre – The Globe and Mail