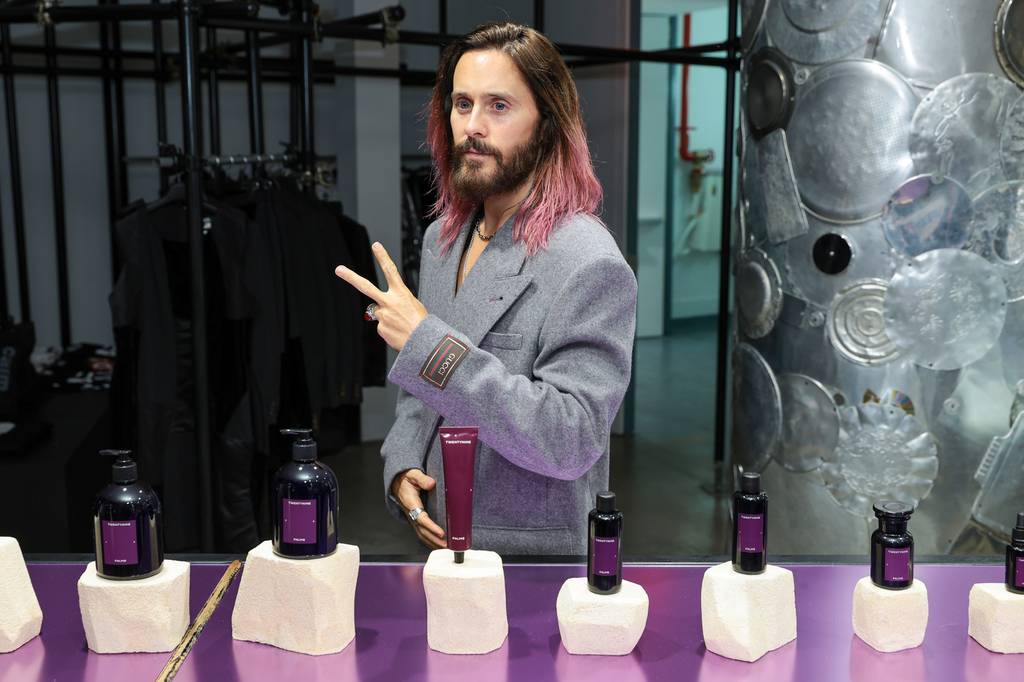 A decade after those words were inscribed in pixels, Leto is rolling out a line of exorbitantly priced skin and hair products bearing that same moniker.

Leto’s Twentynine Palms eye cream, infused with prickly pear extract, clocks in at a cool $97 — just about 5% of an E-3′s monthly salary. More budget-conscious personal-care enthusiasts will be relieved to find a $95 clay face mask, $87 moisturizer or $54 shampoo.

The Oscar-winner told Vogue that his fascination with the “rugged beauty” of the desert inspired him to name his products after the desert locale.

One is left to assume that someone on Leto’s marketing team Googled “Twentynine Palms,” read in the first sentence of its Wikipedia page that it was a town at the entrance to Joshua Tree National Park and promptly stopped reading.

Yes, there is an Instagram campaign, because of course there is.

One recent post reads, “I wake, aware of my body; itself in orbit. My mind is sharp. It crackles with potential. M.” Right on!

In absolute fairness to Leto, he looks fantastic at 50. Here, plainly, is a scholar of skincare. Here is a face that oozes collagen.

Irene Loewenson is a staff reporter for Marine Corps Times. She joined Military Times as an editorial fellow in August 2022. She is a graduate of Williams College, where she was the editor-in-chief of the student newspaper.