This year marks the 33rd anniversary of the Tiananmen Massacre on June 4, 1989. In the past, on June 4 every year, tens of thousands, — at times, hundreds of thousands — of Hong Kong people would come to the Victoria Park in Causeway Bay, to participate in the candlelight vigil hosted by the Hong Kong Alliance in Support of the Patriotic Democratic Movements of China (referred to as “the Alliance” hereafter). However, Hong Kong has changed and there was no candlelight in the Victoria Park this past June 4.

In fact, since 2020, the HK government had rejected applications for Victoria Park June 4 vigils three years in a row, citing restrictions due to the pandemic. In the past year, people still dressed up in black, turned on cell phones lights and walked silently around the outside of the Victoria Park, despite police force nearby. This year, the situation has further deteriorated … Under pressure from the newly imposed Hong Kong National Security Law, The Alliance, traditional host of the Victoria Park June 4 annual vigil, had disbanded. Most of its core members are now behind bars. No one from the traditional pro-democracy camp applied for any activity for the day. Even the annual “Memorial Mass” hosted by the Justice and Peace Commission of the Hong Kong Catholic Diocese discontinued, for fear of violating the national security law.

Hong Kong could hardly breath in such suffocating atmosphere, how to carryon and preserve the little candlelight?

Is It Possible to Pay Tribute on June 4 in Public in the Future?

On June 4, 2021, Chow Hang-tung, the former vice chairman of the Alliance was arrested and sentenced to jail for “inciting others to knowingly participate in an unauthorized assembly”, though many people still managed to walk around the Victoria Park with cell phone lights on that night.

Such scene could no longer be seen this year. Citizens showing up in Causeway Bay or near the park were stopped and body-searched by the police, if anyone dressed or looked “suspicious” to their eyes.

Is it possible to hold vigils on June 4 in Hong Kong in the future? Ng Man-yuen, former chairman of the League of Social Democrats (LSD), said it is difficult to know what is illegal in Hong Kong now, as the authorities like to keep people guessing. “They won’t tell you clearly, you won’t have a definite answer. Even if you call the police or the national security department, they won’t answer you”. In his opinion, based on what is happening now, the answer is probably no.

Lam Siu-pan, formerly an active member of the Alliance, agreed. Light a candle in public? “Under the suppression few people would have the gut to do it”. The current political atmosphere, as a result of the security law, makes it very difficult for people to step out to mark the occasion publicly.

What Is Behind the Extinguished Candlelight?

In fact, in recent years, not only candlelight vigils of June 4 have disappeared, rallies and parades in general have all disappeared from Hong Kong. Lam Siu-pan believes this had symbolized that Hong Kong is no longer the free city it used to be. Even in mainland China, he said, there could still be demonstrations sometimes, whereas in Hong Kong, even street stalls disappeared. “(Hong Kong) is no different from any other city in the mainland; it actually seems worse off”, he added.

Lam said, for this regime, “if people don’t see it, it didn’t happen.” Without the candlelights, there was no June 4 Tiananmen Massacre 1989.  Ng Man-yuen said that the loss of freedom in Hong Kong did not begin with banning the June 4 vigils. In the past few years, there has been no room for any voice to challenge, or even question, the authorities.

Is It a Crime to Mourn June 4?

Under the national security law, Hong Kong can no longer tolerate the commemoration of Tiananmen June 4. Chief Executive Carrie Lam was asked earlier during press conference whether it was illegal to mourn (the victims of Tiananmen) in Victoria Park on June 4. She did not respond directly, saying that no matter what the purpose was, any public activity in Hong Kong must abide by the law, including compliance with national security laws and social distance measures.

Lam said that the Tiananmen Massacre is one of the indelible crimes of the CCP and a stain on its history. He noted that even Tong Ka-wah, senior counsel and politician in Hong Kong, said that it was not a crime to hold memorial activities for June 4. Yet “Simply lighting a candle can get you into trouble now. You can be accused of incitement.” People can be charged with such crimes as trivial as violating the pandemic restrictions or as serious as incitement if they are seen holding memorial activities in public.

Ng also said that with the current suppressions, “thinking (about June 4) is already a crime and so is writing, not to say holding a memorial activity.” He lamented that just telling the truth may be a crime in the future in Hong Kong.

What Is the Significance of Remembering June 4?

There has been “different opinions” regarding the annual June 4 commemoration. Some thought that the slogan “building a democratic China” has nothing to do with Hong Kong. For Ng Man-yuen, however, the annual event is “not only a memorial, but also a big slap in the face of the CCP”. Further, he believes that the annual memorial is a great inspiration to human rights activists who were struggling in China. More importantly, the event “unite people and remind us not to forget.”

For Lam Siu-pan, June 4 memorial marked his political enlightenment; he first attended the event in 2009, and later became a volunteer for the Alliance. With the Alliance disbanded and no more candlelight vigil in Victoria Park, he had some feelings to share.  “Without the 1989 pro-democracy movement, many Hongkonger would become the so-called ‘Hong Kong pigs’ (politically apathetic). The students in Beijing at that time had touched the hearts of many Hongkongers, who awakened politically and came to understand how terrible the CCP dictatorship can be. He noted that in the past 30 years, Hong Kong people are the most concerned about the June 4 massacre, “From a macro perspective, Hong Kong people have a historical or moral responsibility to continue to care about June 4.”

Although the massacre took place in Beijing, Lam Siu-pan believes the incident has prompted Hong Kong people’s democratic thinking, political awakening, even social development, and the subsequent Umbrella and Anti-extradition Movements. “The seed of democracy from Beijing has been kept alive in Hong Kong all the way. Social movements in Hong Kong are somehow related to the June 4 incident in 1989.” Had it not been for the June 4 incident, the social activities and the development of political parties would all have been different.

Internationally, it also had a ripple effect. Although June 4 did not “change” Beijing, it did awaken people of (Soviet) European countries. And as the West learnt what happened on that day, it did also influenced their diplomacy with China.

So How Do We Keep the Candlelight Alive?

June 4 candlelight vigil, which has never been seen in China, may not continue in Hong Kong in the future. However, Ng Man-yuen said, “there will always be June 4 (in the calendar), and the fact will always exist.” He believes it is very difficult to erase the incident from history.

Lam Siu-pan said what the CCP wants now is to stop people talking about the June 4 incident, so the world will forget about it. “In the long run, future generations in Hong Kong would not be much different from youth in the mainland. The CCP wants to achieve this.” To preserve the tradition of the June 4 candlelights, it may be necessary to go underground. It may only be possible to bring the truth to the future generations in the privacy of their own homes.

When Chow Hang-tung, former vice chairman of the Alliance walked into the prisoner’s box in court on May 31, she raised her hands and shouted, “Don’t forget June 4, persevere to the end”. Ng Man-yuen shared this on social media with hashtag “price to pay for telling the truth”. Ng believes Hong Kong people will not forget, they will have their own ways to remember. And everything is in their hearts.

Candlelight vigil is only a ritual. More importantly, we need to hold on to the candlelight in our hearts, he said. 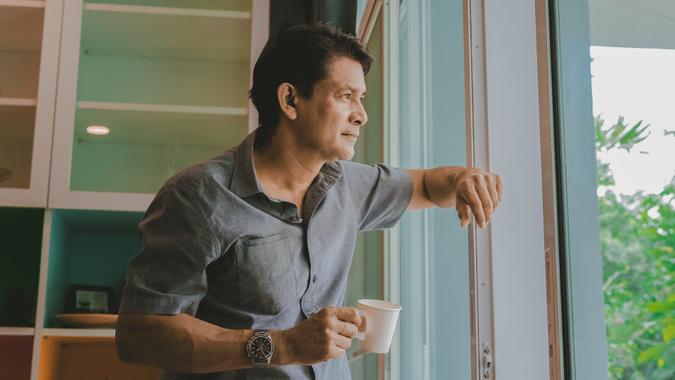 I Want To Retire Comfortably: 9 Steps To Take Right Now To Get There – GOBankingRates