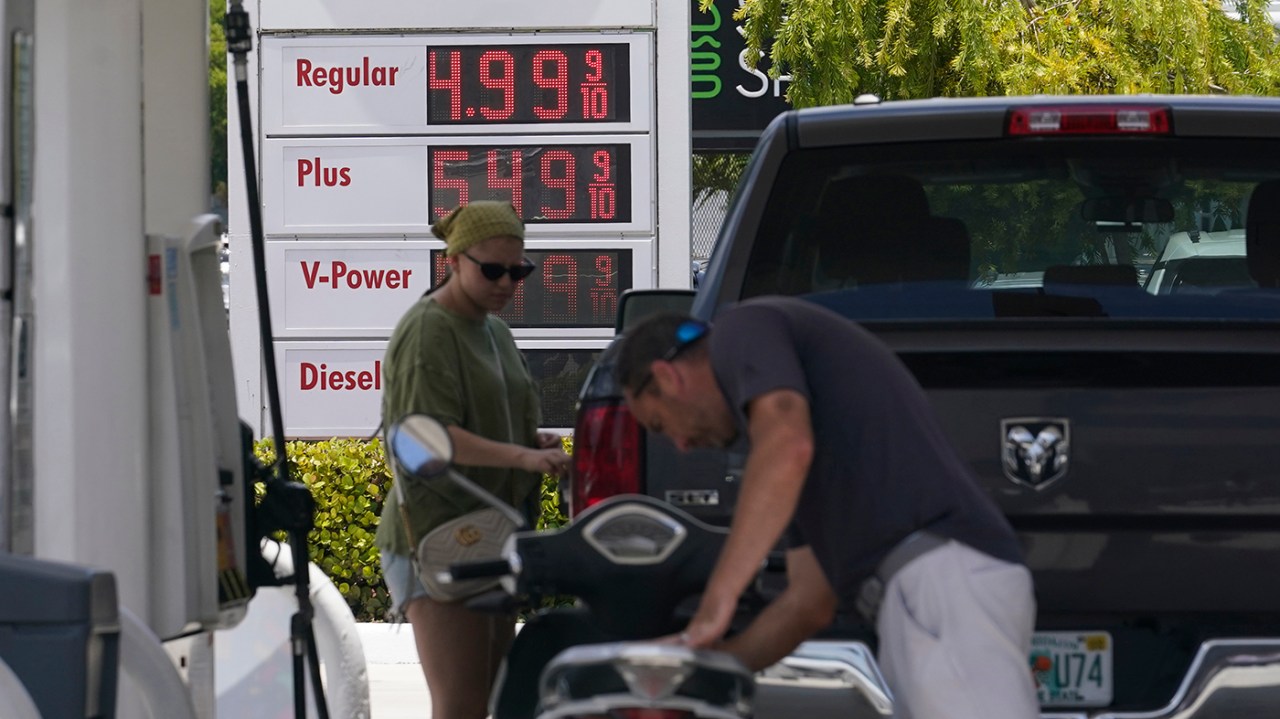 Economists are looking beyond the Federal Reserve and thinking outside the box of monetary policy for ideas on how to fight inflation.

With gas prices soaring, they are focusing largely — though not exclusively — on the energy industry and are increasingly coming up with ideas on how to bring down prices for consumers that cross the traditional liberal-conservative divides.

Larry Summers, who served as Treasury secretary under former President Clinton and director of the National Economic Council under former President Obama, over the weekend called on lawmakers and the Biden administration to increase domestic oil production as a means of battling inflation, a stance that puts him in conflict with environmentalists and many Democrats who want to see the U.S. use less oil due to its contribution to global warming.

Speaking to NBC, Summers echoed one of the most frequently repeated Republican talking points on Capitol Hill regarding inflation, calling for “an all-in, more energy supply approach that emphasizes freeing up fossil fuels in various ways in the short run.”

Summers qualified his recommendation by saying that over the longer run the U.S. economy should be “making, with government support, the ultimate pivot to renewables.”

Increasing domestic oil production, along with bringing down pharmaceutical drug prices and getting rid of some of the former President Trump-era tax cuts, would “take pressure off the Fed, would bring down the inflation rate, would operate to restore confidence, and would, I think, be a very positive contribution,” he added.

His comments came as inflation that’s at a 40-year high and the possibility of a recession in the next year is spooking average consumers and markets alike. The Federal Reserve last week raised interest rates by 0.75 percent, the largest single increase in its history. The central bank is trying to walk a tricky tightrope of bringing down inflation without triggering a recession. Summers on Sunday said his “best guess” was that one would happen.

Keeping consumer prices stable is a key part of the Fed’s mandate, and in the months since inflation began soaring most eyes have been focused on the central bank.

But experts are also pointing to fiscal policies known as “supply-side interventions” meant to target issues in supply chains, which nearly all economists believe to be the root cause of the inflation in the wake of the pandemic.

Just as Summers, a Democrat, hopped on the conservative bandwagon of opening up domestic fossil fuel production to alleviate transportation costs and prices at the pump, some conservative economists have been advancing inflation-fighting arguments traditionally associated with liberals.

The idea of a carbon tax, long seen on Capitol Hill as a non-starter among conservatives, received an endorsement last week from the Tax Foundation, a right-leaning Washington think tank focusing on domestic economic policy issues.

Economists there argued that as increasing interest rates make the national debt more expensive for taxpayers to pay off, a carbon tax would be a good way to take some demand out of the economy and extend the purchasing power of the dollar.

“As inflation, driven in large part by profligate deficit-financed spending, becomes a larger issue, and as concern about the national debt reenters the conversation, a carbon tax would be a convenient way to address both issues while working towards the policy objective of lowering carbon emissions,” Tax Foundation economists Huaqun Li and Alex Muresianu wrote in a report released this month, titled “Carbon Taxes and the Future of Tax Reform.”

“Carbon taxes are an option to make the market reflect future costs of carbon emissions, discouraging emissions and incentivizing development and implementation of clean technology,” the report said.

Carbon taxes, however, are not part of any legislative package that could realistically be enacted in a short enough time frame to reduce reliance on hydrocarbon fuels and make a difference on inflation, which stands now at 8.6 percent and may still be rising.

President Biden, who released oil to the market from U.S. petroleum reserves in April, has argued that losing sight of the longer-term move to renewable energy in favor of producing more oil in the shorter term is neither good national strategy nor in the interest of the energy sector.

Speaking earlier this month at the Port of Los Angeles — a site of many of the supply chain disruptions driving inflation — Biden said that big energy companies have thousands of unused oil drilling permits that they simply don’t want to use.

“They have 9,000 permits to drill. They’re not drilling. Why aren’t they drilling? Because they make more money not producing more oil. The price goes up,” he said.

But this hesitancy to drill may be motivated by more than just quarterly profits and may be a part of the same industry-changing forces that are driving the move toward renewable energy sources.

“There was a time when everybody invested in canals in the United States, because that was going to be the future. But that lasted maybe 20 years, and then these things called railroads came along,” Edward M. Emmett, an energy and transportation fellow at Rice University’s Baker Institute for Public Policy, said in an interview. “And so I’m one of those that thinks that all this effort toward electric is going to meet the same fate, because we’re going to end up with a hydrogen fuel or biofuels or something else.”

“On the energy front, everybody seems to have bought into the idea that it’s not going to be wise to invest a whole lot into carbon fuels, which is why we’re seeing the fight between the White House and others: ‘You’ve got these leases — why aren’t you drilling them?’ Well, one of the reasons is they don’t know if there’s going to be a market for those,” Emmett said.

Regardless of industry specifics, the international pressure to curb emissions has never been higher.

“Limiting global warming will require major transitions in the energy sector,” the United Nations Intergovernmental Panel on Climate Change said in an April statement released with their latest report on climate change. “This will involve a substantial reduction in fossil fuel use, widespread electrification, improved energy efficiency, and use of alternative fuels (such as hydrogen).”

And Biden on Monday also repeated some of his calls for inflation-fighting interventions outside the Fed’s purview.

“I think we’re going to be able to get a change in Medicare and a reduction in the cost of insulin,” Biden said. “We also can move in a direction that we can provide for tax increases … on those in the corporate area as well as individuals as it relates to Trump’s tax cuts.”

What are some comorbidities of type 2 diabetes? - Medical News Today 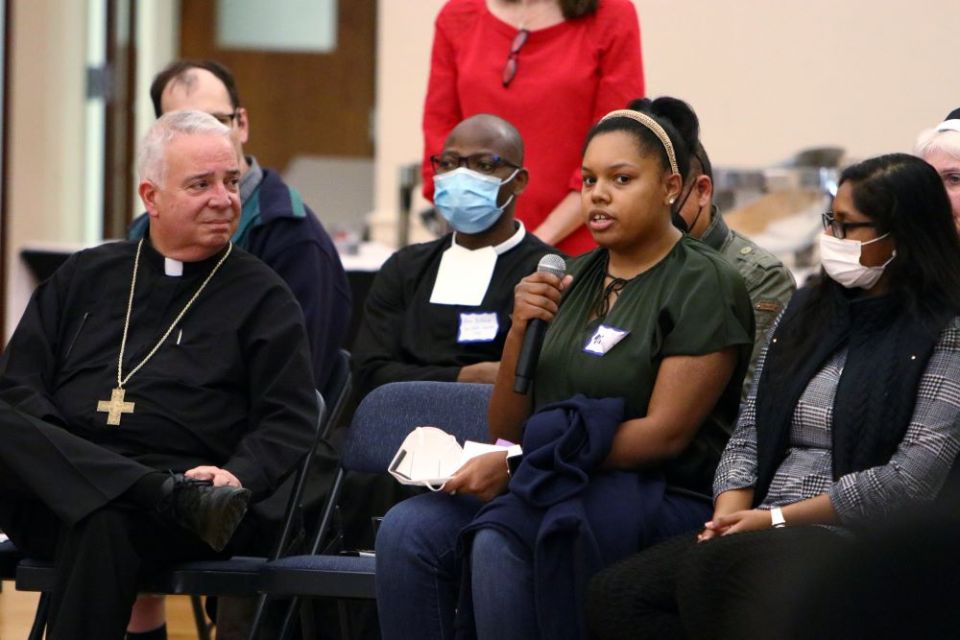