University of Missouri–St. Louis Chancellor Kristin Sobolik and her cabinet continue to recognize the exemplary efforts of staff and faculty members from across campus by bestowing the UMSL Hero Award on up to three individuals each month.

Brooks doesn’t always have time to get to the laundry – but that’s just fine with her. Whether she’s seeing a patient of her own, teaching first-year students about anatomy and physiology, assisting students with equipment as a representative for the American Optometric Student Association or tutoring students for their boards, she certainly keeps herself busy.

“I work really hard – I’m tired most of the time,” she said with a laugh. “Sometimes my house isn’t clean. But at the end of the day, I am so glad I do the job I do. I can have a really hard day and be like, ‘Oh yeah, but I changed this patient’s life’ or ‘I helped the student really understand.’ And it’s all worth it.”

Brooks has a long history at UMSL, having earned her BS in chemistry, OD and MS in vision science from the university before joining the faculty at the College of Optometry. Thanks to a not-so-gentle nudge from her parents, she always knew she would study optometry, although she joked at the time that she chose to study chemistry instead so she’d have something to fall back on if she hated optometry. Luckily, that wasn’t a problem. During a meeting with the Pre-Optometry Club, she was able to see what optometrists see when they’re giving an exam, and she was quickly hooked. “I could see myself doing that for the rest of my life,” she thought.

While studying optometry was an easy decision for Brooks, she took a more circuitous route to teaching, initially planning to work in a private practice upon graduation. Although she’s always loved teaching, it wasn’t until she began tutoring students and helping her own classmates understand their coursework that she truly considered doing it professionally. Still, teaching remained a part-time endeavor until a fateful conversation with a contact lens representative at the practice where she was working.

“He said, ‘I know you love your patients – you really do want to take care of them,’” she remembered. “But I want you to know that when you talk about teaching, your eyes light up. That is where you shine.”

Brooks, now associate clinical professor of optometry, joined the College of Optometry in 2011 and has quickly become known for going the extra mile to ensure her students’ success, whether through her extensive tutoring program for boards or by staying after hours to talk through patient care with a student. She’s also passionate about outreach to the larger community, having lent her talents to UMSL Eye Care’s Pupil Project and Girls, Inc. And in 2021, she was featured on the cover of AOA Focus, the American Optometric Association’s magazine, for a story that examined racial and ethnic diversity within the industry.

Dr. Vinita Henry, a clinical professor of optometry, said Brooks is a “resource and listening ear for students,” specifically highlighting her work tutoring students for optometry boards on her own time, devising a plan to get students back into clinics during the pandemic and working with Girls, Inc. to encourage young minority girls to think about health sciences as a career.

“I believe that her passion, enthusiasm, tireless efforts and tremendous devotion to students make her an UMSL Hero,” Henry wrote.

Whether on the field or in the classroom, Pickering is serious about relationship-building. A former college athlete and coach herself – she’s a member of the Sports Hall of Fame at her alma mater, Southeast Missouri State University – she’s worked with students at different stages of their academic careers.

She was initially hired at UMSL in the Office of Admissions before moving to the Office of Transfer Services and, later, an academic advisor position in the UMSL/Washington University Joint Undergraduate Engineering Program. But the most rewarding work has been as assistant athletic director, a role that allows her to develop and maintain relationships with students over the years.

“What I liked about the advising piece is you get a student right away in their freshman year and then you see them go through the years and then graduate,” she said. “You get to see how much a young person at this age develops – academically, socially. And the fun part is we get to do that with sports. They’re here to compete, but they’re really here to get a degree, and that’s the department’s major goal. Getting to see them grow and develop that relationship over four years is hands-down the best part of my job.”

In her role, Pickering helps transition new student athletes – primarily incoming freshmen – to college life. That might include familiarizing students with campus resources; developing test-taking, note-taking or time-management skills; connecting them with tutors or helping them track assignments and turn them in on time. Pickering also advises students on classes – an especially challenging task given the switch to online classes throughout the pandemic – which means she works very closely with other advisors across campus. Lynn Staley, teaching professor of English and Gender Studies, has been especially impressed by her work.

“She is amazingly on top of each student’s schedule and study habits and tracks any injuries or issues that might cause them to struggle in a class,” said Staley, who served as UMSL’s faculty athletics representative the past two years. “She does not ask for special treatment for the athletes but holds them accountable in ways that help students to develop a sense of responsibility for their actions. She is firm but compassionate with her students, who often deal with extra stress and physical duress, and parents I have spoken to have sung her praises and said she is the main reason their children have been academically successful. She works 24/7 and is always reachable by her students, so no one slips through the cracks.”

As Jason Marquart, formerly of UMSL Global, noted, 2020 was an unusually challenging year for those who work with international students. While he felt he could easily nominate every member of his team for the UMSL Hero Award, he chose to start with Webb.

As nonresident alien tax specialist, Webb’s role is vital to the success of UMSL Global, as he helps ensure that UMSL’s international students and scholars comply with federal immigration and tax laws, the latter of which are completely different from tax laws for U.S. citizens.

On the tax side, Webb makes sure the university is complying with federal withholding and reporting rules for nonresident students, and also helps creates specific IRS forms for those students at the end of the year.

On the immigration side, he serves as a designated school official for the F-1 Student Visa Program  –through which the majority of  international students enroll at UMSL – as well as the responsible officer for the J-1 Exchange Visitors program, which consists of those who come to UMSL temporarily to teach, do research or both. From creating immigration documents so students and scholars can get their visas to various reporting throughout the school year, Webb ensures all nonresidents working or studying at UMSL are in compliance with federal immigration laws.

“Jim played a critical role in helping our office understand and navigate the many policy changes in 2020 including immigration-, tax- and stimulus-related policies,” Marquart said in his nomination. “Jim approaches every interaction with students with a strong sense of professionalism and empathy. He is a great listener and is eternally patient, taking the time our international students and scholars need to understand their obligations as a visa holder. He is also open to new ideas and is committed to improving the work he does every day and taking on new and complex roles.”

“Jim is a saint,” Ell said. “He assists students, faculty and staff who are not U.S. citizens with complicated tax issues, and also operates a volunteer income tax assistance (VITA) site every spring for non-resident alien income tax filers. Do you have any idea how much knowledge, dedication and patience that requires? Furthermore, Jim always has a positive attitude. He is always happy to see anyone and everyone.”

And that’s exactly why Webb – who will celebrate his 10th year at UMSL later this year – is so committed to his work.

“Being able to meet these students is probably one of the most rewarding parts of the job,” he said. “I’ve been able to learn things about the places that they come from that you might not ever know otherwise. Most of the time you will learn what you know about countries around the world just from what you hear on the news. But it’s a totally different thing to actually be able to sit down and talk to somebody from there and they can tell you about their home and how they do things and that sort of thing. UMSL Global allows these international students to come here and learn about the United States and how things are done here, but at the same time, the fact that they’re here means they’re able to spread the knowledge of their homes to us as well as the students that they come in contact with here. It allows you to have a more informed view of the world.” 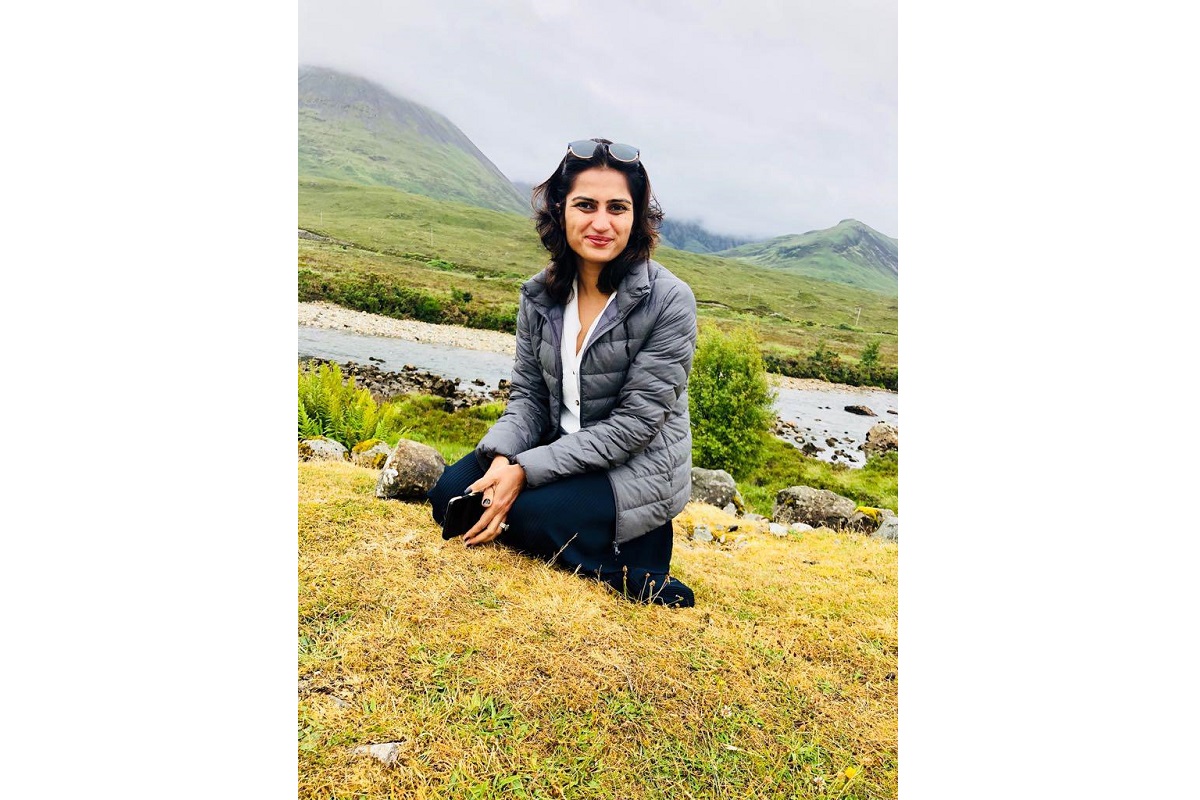