Kirsty Gunn on the artistry of Vincent O’Sullivan

When putting together a set of texts and extracts for students recently I found myself wanting to read aloud to my colleague the following passage, from “The Last of Freddie”, a short story in Vincent  O’Sullivan’s Selected Stories, published a couple of years ago:

Lydia was a widow as her friends were, but the widow to nothing spectacular. June’s husband had quite a name as a surgeon, then drowned a few years ago when he fell from a yacht off Banks Peninsular. Maddy’s became a big wheel in theatre design. He had dramatically up and disappeared because of some homosexual flurry just after the War, and died before he was fifty. In other company Lydia would perhaps mention Cliff’s Cambridge degree and the edition he had been working on for years when he died. Compared with the others, she supposed, Cliff didn’t cut much ice.

We’d already decided that O’Sullvan’s work was to be included on the course we are teaching – Short Fiction: Reading and Practice – for how could it not? His stories are shining exemplars of the form: each a self contained world with its inhabitants complicatedly and wondrously interconnected, affecting and affected by one another with every breath they take.

“There’s a novel in that one paragraph!” my co-teacher, the novelist Meaghan Delahunt exclaimed. “We could base our entire approach to narrative compression and character on those few lines alone!”

Which is pretty much what we did. For  – as the the critic Frank O’Connor put it in his seminal work about short fiction, The Lonely Voice – “who are these people?” is exactly the sort of  question with which to open up any discussion around the short form. And as the extract from that story I’d just read declares, O’Sullivan ‘s short fiction is all about people with histories and memories and imaginations attached to them that make them as real and recognisable, whether from here or further afield, and as complex and sensitive or garrulous or reticent and halting as anyone we might know.

The Selected Stories collection is a wonder – all 591 pages teeming with individuals and families and friends hoping and dreaming, cocking up or copping out, complaining, thinking… Being.  We don’t read about these characters. We read from within them. Mary’s Boy, Jean-Jacques, and other stories, O’Sullivan’s latest collection, may be, in comparison to its mighty predecessor, a somewhat slim volume, but how it hums and thrums with feelings and their consequences; lives that range from that of the giant creature created by Mary Shelly in her novel Frankenstein to a young girl up to mischief in the South of France.

There are husbands and wives and a husband’s best friend, children who know more than they let on and old men who decide to keep quiet; it’s for the best – fiction so crafted as to generate the impression that there’s not so much a “backstory” behind each one ( the necessary apparatus by which most writers fill in the narrative gaps) as the natural accumulation of detail, simply compacted into into the narrative “like cake” as Henry James had it. Now all the writer has to do, James said, is “cut into it” – and so O’Sullivan does. “Deb was rich and had problems with her weight, but was kindly…” we read in “Splinters”, and off we go.

The title story, novella length, you might say, relates the story of Shelley’s monstrous creation taken on board an explorer’s ship and abandoned in the fjords of the South Island. It works on an epic scale, taking in the history of the original novel, along with the lives of the ship’s captain and his crew and the world and its waters, while allowing at all turns for the shorter form’s lightness and grace. Vast distances and historic scenes are impressed upon the mind in just a few sentences. A small coal fire like the eye of an animal in a heavy gloom “gives us the atmosphere exactly of life below board, in the winter’s dark”; “he fed her fish and boiled eggs with his own fingers” serves to conjure in a second the circumstances and intimacy of a relationship forged in another age, one partner human, the other so painfully nearly so. We know well, of course, the look and size of the “the guest”, as the shipmates call him –  the “slabs” of his cheeks, “the jerk of the exposed legs” – but those original parts are brought together as a man coming into language, coming into sense. The great gothic tale is made even more incredible by drawing us inside the outsider, the life of a ‘monster’ related as though a simple compilation of a series of events. Nothing is a great drama in a short story by this O’Sullivan; stuff just happens. That’s his mastery of the form, right there.

Unlike the contemporary with whom he shares a sense of novelistic ease and breadth and complexity of content all in the space of a few pages, O’Sullivan’s narrative technique doesn’t rely on any of Alice Munro’s “telling”. He manages point of view in such a way that we barely notice we are getting  a story first from this perspective, then another, then from another angle again. In this way his characters show, in their actions, in what they say to each other and think, who they are. “When they stood at the counter Tommo would always say You go first there, eh, and Eric pointed at the bacon and egg slice” we read in “The Walkers”, understanding in one how gentleness and care are brought together in relation, father to son to father; reticence is all.

Munro’s people talk and describe and report and go back over events to explain them… They have stories to display. O’Sullivan, by contrast, has people with stories embedded within them, that come to show on the surface in flickers, glimmers of memory and feeling and thought. It’s an effect summed up by what John Gardner, the author of The Art of Fiction called “relative indifference”. It sure packs a punch. “Like closing a meeting” Grant’s wife reflects on her husband’s dying, that, “more than” closing down a life.

In the first story of the collection, the devastatingly composed “Good Form”, we are introduced to the quietly refined world of a brother and sister who barely need to speak to show how they understand each other. Their grim family history, made up of deceit and violence and hypocrisy, all played out in a grand villa that sits overlooking the small South Island town which seems so very much below it… Is rendered in the medicated, sedated voice of one who has witnessed horrors and needs to close down that vision.  “Two lives which are one”, Andrew thinks, upon waking, “A sense of achievement even to think that.” O’Sullivan’s third person narration here, as always, runs breathtakingly close to the bone – feeling rendered with all the livid sensation of  first hand account.

As with New Zealand’s other great short story writer, whose literary work and life has been the subject of much of O’Sullivan‘s academic and scholarly study, there’s a transparency to this kind of prose. Like Mansfield’s, his descriptions become the thing described – the “thick white ice”, in “Mary’s Boy”, the “weirdly pressing landscape” of a New Zealand seen through a Victorian Englishman’s eyes in “Ko Tenai, Ko Tena”. This inhabiting of subject – the sort of free indirect narrative that made Virginia Woolf jealous of her fellow modernists  – means the author disappears. There’s little trace – only signs that his characters’ minds are active; thought processes and reactions to their environment and surroundings as scattered and immediate as they come to us in life. One idea follows another as we pick things up and put them down again, look out windows. A woman strokes the fabric of a tablecloth that becomes a way of thinking about an affair, in “Splinters”, and the “silence like a canopy between them” is how we read of her recalling that episode, a short sharp infidelity erased by its unspokenness.

This method of narration that comes from deep inside inside the body and its enclosed mind, crosses hemispheres, time zones; bringing together the child’s and the adult’s perspective, at various stages of adult life, and all at once – reflecting perfectly the way memories and ideas rise up unbidden. “Daddy or their mother saying things that made the other answer in a way that stopped things being said.” Andrew remembers, as though he is still a little boy in “Good Form”. He has come “home” from his prestigious job and life in France to visit his sister who lives in the house where they grew up, the trauma of his past is contained now in “episodes” he manages with breaks from work, sedation.

That cauterised grim management of emotions is played out in the very rhythm, the structure of O’Sullivan’s sentences that let out just as much as each can bear, yet banking up so that together they will explode. This is what it is “to know what our boundaries are” as the dissolute brother in “Ko Tenai, Ko Tena” puts it, the same careful management of emotion and effect keeping the whole structure of the story in balance, even with a grisly decapitation to crown it.  Nothing veers off track. In that story’s wondrous inversion of pre- and post-colonial tropes, everything has its apparently orderly place – a packed, authentically rendered historical narrative seeming to give little room for shockers. Only shock there is. In O’Sullivan’s world, how each story accounts for itself; how it adds up. How each makes awful sense.

And all this – I‘ll be the drawing my students attention to it – is achieved lightly, elegantly, with a wry sense of humour that makes the reader think of how the great Russian writers were always human enough to acknowledge comedy in even the darkest tragedy. How difficult it is to be able to write this way! To expose the foolishness and the silliness that lurks within the drama of experience, substituting a terrible reality with the understanding that nothing in the end makes much sense, it’s a joke. Who do you think you ARE?, these stories seem to say; dampening down any gravitas and great consequence even while they’re in the midst of saying something very large indeed about life and our love of it and the hash we make of it. And isn’t that just a particularly New Zealand trait? To have such an eye out for hubris that no Greek Tragedy could ever get off the ground? Yet O’Sullivan shows us, in this fine, fine collection, how attempt and failure, both, in the end, might add up pretty much to the one and same story after all.

5 Ways to Connect With Your Online Community - Entrepreneur 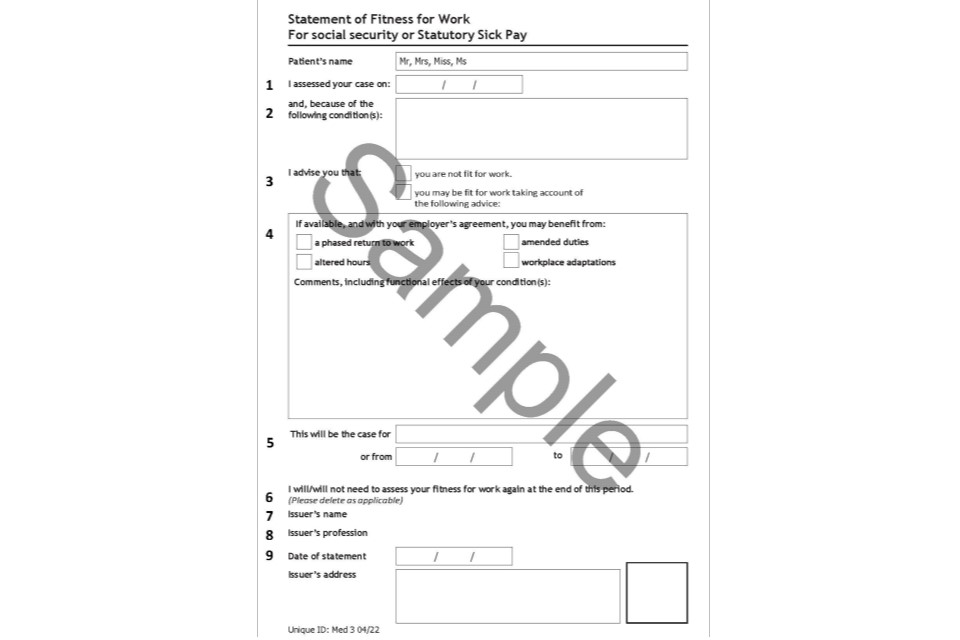 Getting the most out of the fit note: guidance for healthcare professionals – GOV.UK 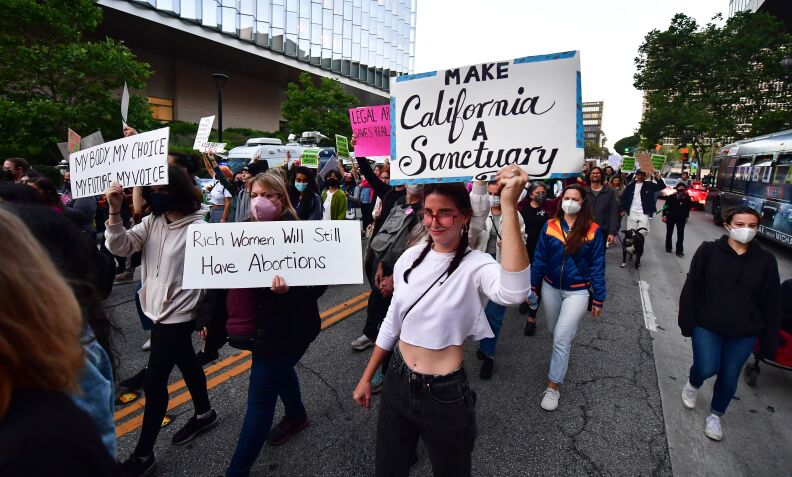 Let’s Make A Deal: What To Know About The California Budget – LAist