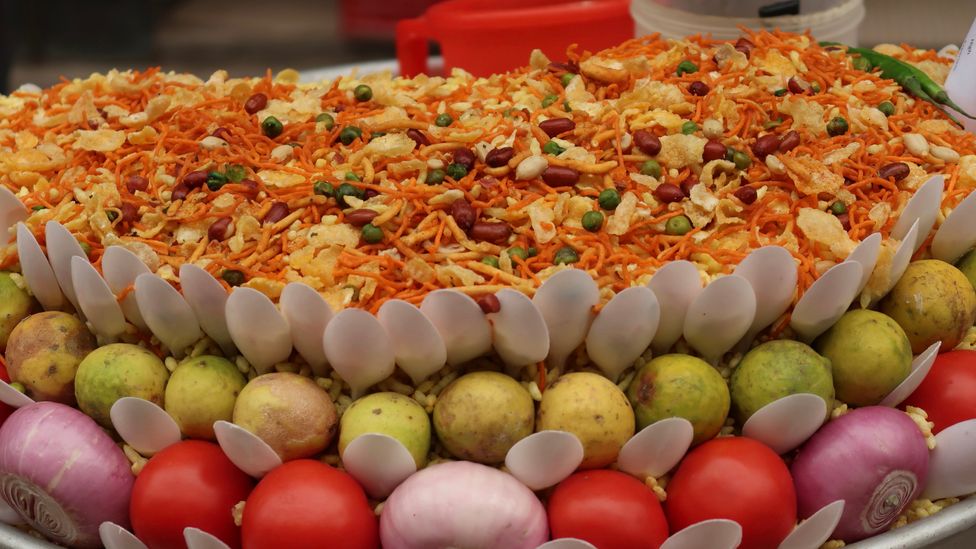 For cookbook author Saira Hamilton, a childhood visit to see her grandmother was never as simple as jumping in a car. Born to first-generation immigrants in the UK, she began each summer with a flight from Wales to Dhaka. The remainder of her complex journey to Dampara, a village nestled in the verdant paddy field-dotted Kishoreganj district in central Bangladesh, was a watery blur – involving travel by train, bus, rickshaw and flat-bottomed boat.

Amid this latticework of waterways, docks, stations and dusty roads, one immutable highlight stands out for Hamilton: the jhal muri vendor, his arrival preceded by the sound of clanging steel trays and shakers, and the delicious food she’d go on to devour.

One of the nation’s most iconic snacks, jhal muri is a spiced puffed rice salad (jhal means hot in Bangla; and muri, also called moori or murmura, is puffed rice) that combinestwo of Bangladesh’s greatest loves: rice and spice. (The third, of course, is fish.)

“I think it’s fair to say jhal muri is a street-food classic found all over Bangladesh. It’s very vibrant in taste and truly speaks to the predominant palate,” said Hamilton. In her cookbook, My Bangladesh Kitchen, the humble snack stands proudly as the first recipe – a quintessential Bangladeshi culinary experience.

Its core ingredient is muri, which is traditionally made by “frying” rice in hot salt or sand, and is firmly rooted in the tapestry of food cultures in Bangladesh, featuring prominently in both daily life and auspicious occasions such as the iftar meal during Ramadan for Muslims or the Puja period during Durgapuja for Hindus.

The core ingredient of jhal muri is puffed rice, which is mixed with a range of hot and sour ingredients (Credit: Mtreasure/Getty Images)

But the bland muri gets the signature Bangladeshi fireworks – the “jhal” in jhal muri – from a smorgasbord of explosively hot and sour ingredients. Green chilies, red chilli powder and channa chur (a popular spicy snack mixture with dried and fried lentils, peanuts and chickpeas) provide nose-watering heat. Table salt, sendha namak (Himalayan pink salt) or kaala namak (kiln-fired, sulphurous black salt) are used – sometimes all together – for seasoning, supplemented copiously with lime juice and tamarind water to bring the mouth-puckering sharp, tangy flavour. Mint, coriander and finely diced onions, along with cucumbers (and, occasionally, tomatoes), give jhal muri its crisp tartness and garden-fresh aroma. And of course, a generous drizzle of Bangladesh’s omnipresent mustard oil brings everything together.

The ubiquity of the dish’s ingredients means that similar creations can be found in other places. Bhel puri in West Bengal, churumuri in Karnataka and chatpatay in Nepal all closely resemble the beloved Bangladeshi snack. What sets Bangladeshi jhal muri apart, however, is the ratio of wet to dry ingredients (bhel puri, for instance, may be wetter and have more yellow chickpeas) and Bangladesh’s enthusiastic embrace of intense spice. “It’s heat you feel in your nose, not your throat,” Hamilton said. Some locals believe the piquancy triggers a sweating response and helps them cool off in sweltering humidity.

Due to muri’s long history in South Asian cuisine,it’s difficult to pinpoint the exact moment muri was first drenched in such fiery and titillating flavours and took on a life of its own – or cite an undisputed place of origin. Muri has somehow just always existed and been consumed in different variations.

“[The] point is, muri has been a staple in Bengal from time immemorial, often acting as a [preserved] substitute for rice [during lean periods],”explained food writer and historian, Pritha Sen. Hamilton agreed: “Rice in Bangladesh is used for absolutely everything – desserts, breakfast, lunch and dinner. I imagine one day someone wondered what else we could use it for.”

The jhal-muri wallah is often as much of a draw as the snack, with some vendors commanding cult followings (Credit: Arindam Ghosh/Getty Images)

That’s the kind of inventiveness and pragmatism jhal muri embodies. Packed in a newspaper cone called a thonga and mixed in a steel shaker or a modest plastic mugga (a small pitcher), it’s generally sold at the affordable price of 10-20 taka (£0.09-£0.19). Thongas are both portable and practical – used both as a bowl and later as a napkin to wipe spicy seasonings off one’s hand. Rectangles of cardboard or magazine paper are usually supplied as a scoop.

For many Bangladeshis though, part of the charm of visiting the jhal muri-wallah (vendor) lies in the theatricality. “Ingredients are put into a steel shaker with a lid, and then dramatically shaken and banged on the tray until they’re mixed together, with all the aplomb of a fancy mixologist in a cocktail bar,” Hamilton said. Since single portions are made to order, “There’s [also] this sense of it being a personal gesture, like, ‘I’ve done this just for you’,” she said.

Some muri-wallahs command an almost cult-like following due to their signature spice blend, with everyone from students to office workers queuing up for a fix. Arnab Mitra, an Indian entrepreneur and extensive traveller, has sampled variants of the snack in more than 20 cities across four countries. He says jhal muri in Bangladesh’s second largest city, Chittagong, is the spiciest – and noticed a unique phenomenon he terms “the muri-wallah’s swag”.

“An established muri-wallah is famous. And he knows it,” said Mitra. “Typically, he’ll be wearing a lungi (an Indian men’s sarong). He may be shirtless or clad in a vest, yet he has a certain self-assuredness about him, as if he’s saying, ‘Here I am, this simple dude. But you will stop your Mercedes and come eat from me, because I can turn simple ingredients into magic.'”

British chef Angus Denoon Duncan agrees. Cheap ingredients are treated with care, attention and imbued with a little mystery, he said, and with that mystery comes its unique charm. “I’m interested in the ways to make good food cheap, I love the beauty of an action perfected over years.”

Captivated by the snack during multiple visits to Kolkata to film a video about South Asian street food, Duncan has been selling jhal muri in England for the past 17 years, using the social media handle jhalmuriexpress.

The reason he started was prosaic: “I was living on the road at the time and needed a business I could run from the boot of a car or on public transport. It [also had to be] cheap and easy to produce.” But the reason he continued speaks to the DNA of the snack itself. “Never have I seen food break down boundaries like jhal muri. The first time I made it in public, at a market in rural UK with a wide demographic of different people, everybody got it,” he said, adding that jhal muri is, “food made fresh and brought to life in front of one’s eyes on the level playing field of a street corner.”

Still, it’s difficult to re-create the Bangladeshi street food experience in London as there’s a specific sense of community and solidarity in the way jhal muri is consumed.

“It’s great to eat jhal muri while hanging out with friends, because its sour, spicy and sweet taste with crispy feel creates an exuberant atmosphere,” said Dhaka-based architect Nishat Tasnim Auroni, who notes that the easy recipe and accessible ingredients mean many households also prepare it at home to enjoy together.

Dr Latiful Bari, a food safety and hygiene expert from the University of Dhaka, says love for the snack is etched deeply in the country’s collective identity: “Ask somebody what they’d like to have with their evening cup of tea, and if the answer is jhal muri, understand they are Bengali nationals.”

Locals also have developed unspoken rules of etiquette. Using a spoon is a cardinal sin and reveals amateur status, said Mitra. And, according to Hamilton, the gesture of tipping a small heap of jhal muri into one’s hands before tossing it into the mouth with fluidity, precision and a bit of abandon is hard for a non-Bangladeshi to master.

Like its resilient people, it’s gutsy and spirited food. Because when the muri-wallah gruffly asks, “How much jhal?”, it’s as if he’s asking whether one is game enough, daring enough – Bengali enough – to handle it.

While some vendors experiment with upscale ingredients, such as boiled egg or quail, for purists, jhal muri will always be a robust vegetarian (and vegan) dish, where unassuming ingredients are turned into a sublime and satiating symphony. “I think [this gentrification] is a fad,” said Mitra. “Jhal muri is eclectic, not some homogenous, Michelin star chef-approved mixture. In authentic jhal muri, no two bites – even from the same thonga – are the same. [Expensive meat add-ons] just don’t have that element of thrill.”

Ultimately, Bangladesh’s spicy snack is an ode to ingenuity and finding mystique in the mundane through an artful balancing act. Too dry, and it tastes like cardboard, said Hamilton, and if you make it ahead of time or get the liquid ratio wrong, it runs the risk of becoming stale or soggy. But done right? “It’s a whole experience in itself,” she said, “You get a little bit of everything.”

If you liked this story, sign up for the weekly bbc.com features newsletter called “The Essential List”. A handpicked selection of stories from BBC Future, Culture, Worklife and Travel, delivered to your inbox every Friday. 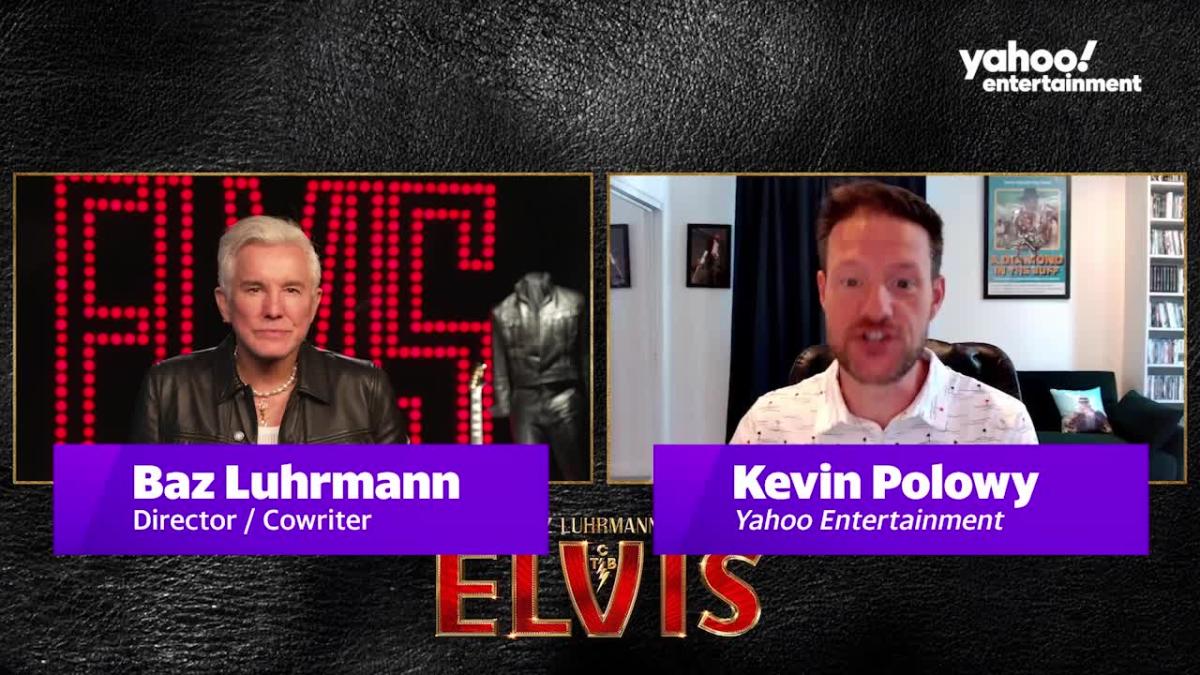 How to protect your eyes from the sun – CNET