Ever been called Miss Independence, a relationship-phobe, or cold-hearted biotch (ouch!)? Eh, odds are good that you have something called avoidant attachment style.

Avoidant attach-huh??If you haven’t been on Mental Health Tok or Theragram (that’s therapy Instagram), you may not be familiar with this or the other attachment styles. So, it’s worth a recap.

Ready? According to attachment theory, psychological theory developed in the 1950s by mental health professionals John Bowlby and Mary Ainsworth, the way our caregivers treat and relate to us when we’re babies sets the blueprint for how we treat and relate to our future boos, explains Carolina Pataky, PhD, a sex therapist and founder of South Florida’s Love Discovery Institute. “Attachment style refers to the patterns of relational behaviors that we learn when we’re young that show up when we try to create (or avoid) connecting with others in adulthood,” she says. What goes around comes around, indeed.

The other half of people have one of two insecure forms of attachment: anxious or avoidant. People with anxious attachment desire romance and connection, but are usually so afraid of losing it or being abandoned, they inadvertently self sabotage.

Avoidant attachment is essentially the inverse of anxious attachment. “Commonly, people with avoidant attachment don’t prioritize partnership in their life,” says Pataky. “They are individuals who retract, hide, and refuse to communicate their emotions, and who often feel uncomfortable when someone else seeks out emotional, physical, or other forms of intimacy.”

And actually, most people who fall under the avoidant attachment style umbrella don’t actually hate the idea of human connection, according to Pataky. “They despise the idea of being rejected by someone they are connected to.” (TBH, relatable).

What is the avoidant attachment style?

“These are the folks who tend to withdraw when someone tries to get to know their inner world,” Pataky says. “They are people who avoid emotional bonds and do not seek out any kind of support from those around them,” she says.

When people with avoidant attachment style do find themselves in romantic and/or sexual entanglements, they often find their partner’s clingy, have no interest in advancing through traditional relationship milestones, prefer to face difficult situations alone, and put up a wall whenever someone tries to have an emotional convo with them, she says. As it goes, I’m not talking about this, I don’t know, and I’m not sure why we need to have this conversation are common conversation fodder for these folks.

How does an avoidant attachment style develop?

Most of the time, people who have avoidant attachment in adulthood had guardians who did not acknowledge or meet their needs when they were little, says Pataky.

Commonly, the parents of these folks had them young, she says. Though, sometimes the parents were simply going through their own psychological distress during their childhood. For instance, maybe their own parents died or maybe their partner (your other parent) left them. The pain of either of these situations could result in the parent being more preoccupied with their own healing, instead of their child. Oof.

“People can also develop this attachment style through unstable living situations in childhood,” adds Pataky. Being adopted, switching foster homes , witnessing their parent’s divorce, experiencing the death of one or both of your parents all create the perfect scenario for developing this attachment style, she says.

Kids in these kinds of atmospheres never had someone they could rely on for consistent TLC.

As such they had to learn to survive without that validation, support, or love from an external source. “In many cases these kids have to learn to deny the importance of their feelings together,” she says. So, when these folks reach adulthood they have no understanding of how to receive those types of care from someone else—or how to receive them.

To be clear: Having avoidant attachment is different from being aromantic. Indeed, people in each category may lack interest in romance. But one (having avoidant attachment style) is generally rooted in childhood trauma that, if addressed, would drastically change the quality of one’s life if addressed. And the other, (being aromantic) is a totally normal and healthy identity that requires no intervention from a mental healthcare provider.

What are the signs of avoidant attachment style?

Put simply, someone with an avoidant attachment style avoids, avoids, and avoids some more.

They avoid getting into a relationship, they avoid emotional closeness, they avoid relying on others. So, if you want to know if someone has avoidant attachment Pataky recommends asking yourself whether or not the person leans into or flees from closeness.

What verbal response do you get when you try to learn more about their inner emotional world? If they get agitated, dismiss the importance of the convo, or accuse you of being needy or clingy, they could have an avoidant attachment style.

Look too at their body language during these encounters, suggests Pataky. “These individuals usually physically withdraw at the sign of intimacy and get very awkward.” Someone with avoidant attachment might try to put physical distance between you, for instance on the couch, during such exchange. Or, they might start chewing on their sleeve, bite their nail, avert their eyes, bounce their knee, or act out whatever their personal anxiety-tell is.

If you’d consider this person one of the most independent people you know, they may also have avoidant attachment. Sure, independence is usually considered a good (nay, great!) personality trait. But most people with avoidant attachment style did not have someone they could rely on growing up, so they often become highly independent—usually, in order to survive.

“These folks rarely put themselves in situations where they have to rely on someone else for anything,” says Pataky. That may reveal itself in their refusal to let someone takeover doing the laundry or doing the grocery shopping, or it may be shown in their inability to ask for words of encouragement or a hug on a tough or stressful day.

What does avoidant attachment look like in relationships and dating?

Let the official record show that people with avoidant attachment can be in loving, mutually fulfilling relationships.

No attachment style is pre-determined to a love life or either doom-and-gloom nor lust-and-love. After all, love and life is more nuanced than psychological theory laid out 70 years ago.

Now, people with avoidant attachment may have specific requirements in order to feel good in their relationship. Often, they require a different (slower!) relational pace compared those depicted in most TV shows, according to Pataky. For instance, if cultural narratives say couples should move in together after two years, people with avoidant attachment may prefer waiting three or four.

People with avoidant attachment may also require more alone time and prefer less digital or in-person check-ins between dates compared to people with other attachment styles. “If you’re dating someone who is dating someone with avoidant attachment, give them some space and some time alone even if you want to be attached at their hip,” says Pataky. “This can help develop trust and allow them to drop their walls over time.”

If one or more of the people in a relationship has an avoidant attachment style, Pataky says it can be necessary to take space between deep conversations. “If you’re discussing topics that trigger distressing emotions, take ample breaks,” she suggests. “Being patient with them and allowing them to pause the conversation when they need to can help them feel less overwhelmed by their feelings.”

You could be super intentional with this. Let’s say you’re trying to figure out what to do for Thanksgiving, you might say, I’d love to talk about this for 15, give us both a chance to share what we want, and then return to this again in two days once we’ve had time to think about it. Easy enough!

“Individuals with avoidant attachment are also prone to interpret feedback as criticism,” says Pataky. As such, it’s possible for an uncomfortable conversation to turn into a big ‘ole fight if not handled with care. “In general, having these conversations in a non-threatening environment and being intentional with your language is best,” she says. Good advice for a tough-love convo with anyone, actually.

Can you change your relationship style?

To start that journey, Pataky recommends therapy. “Therapy is an excellent way for people with avoidant attachment styles to understand where their root issues lie and exactly how they grew up to adapt this specific attachment style,” she says. The right therapist, she says, will help you reflect on your childhood and see the ways your parents did or did not show up for you.

No doubt, that kind of back-logging can be painful. But it will allow you and your therapist to identify patterns you had to adapt in childhood that no longer serve you, she says. “From there, your therapist can help you come up with a game plan for rewiring those patterns.” In other words, it’s pain with a purpose.

“Over time, doing this inner work will help you gain a sense of control of your feelings and, in the end, will allow you and your (future) partner(s) to enter a healthy, fulfilling space,” says Pataky. Even if a relationship is the last thing you want right now, you have to admit that healthy fulfilling love sounds pretty dang good—or at the very least, looks pretty dang good.

So go, dear one, partner with a mental healthcare provider and get your healing journey. The quality of your love story depends on it. 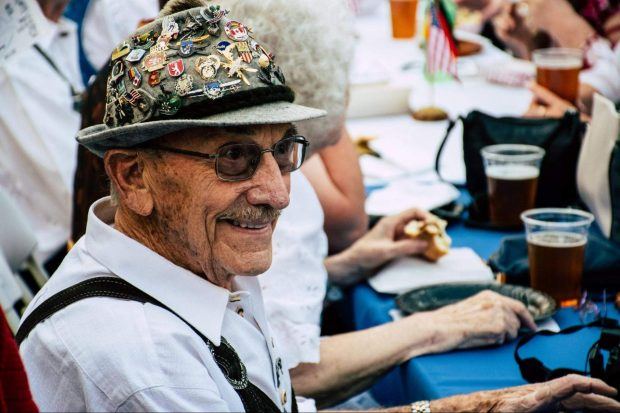 Explore how your lifespan is determined by your genetics – Longevity LIVE 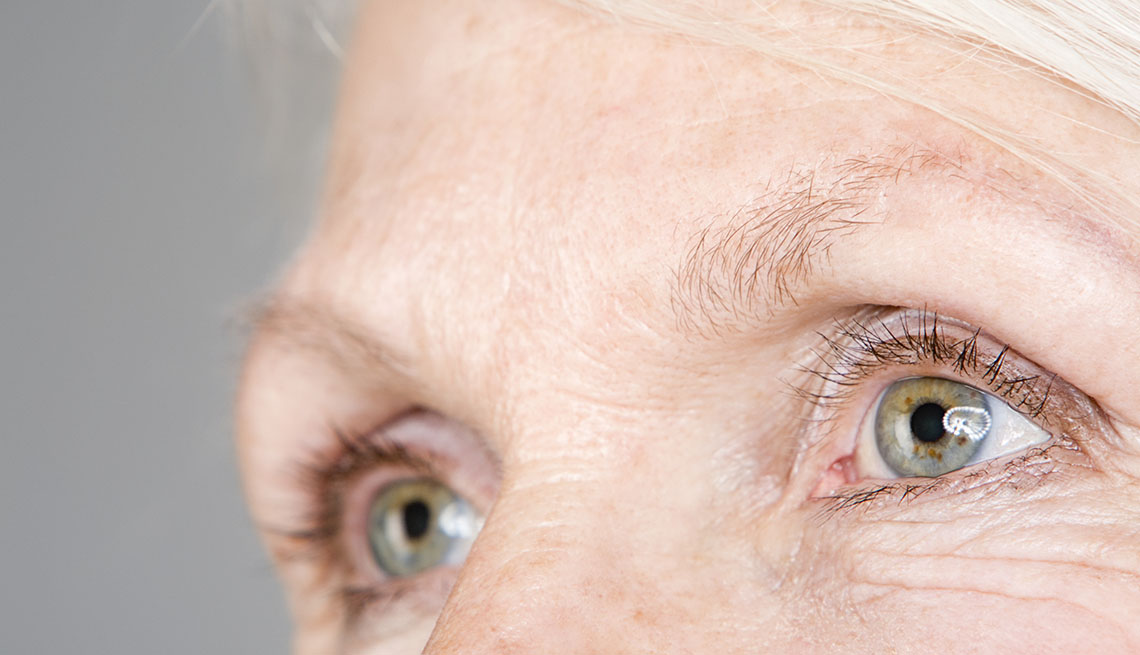 The Worst Habits for Your Eyes – AARP 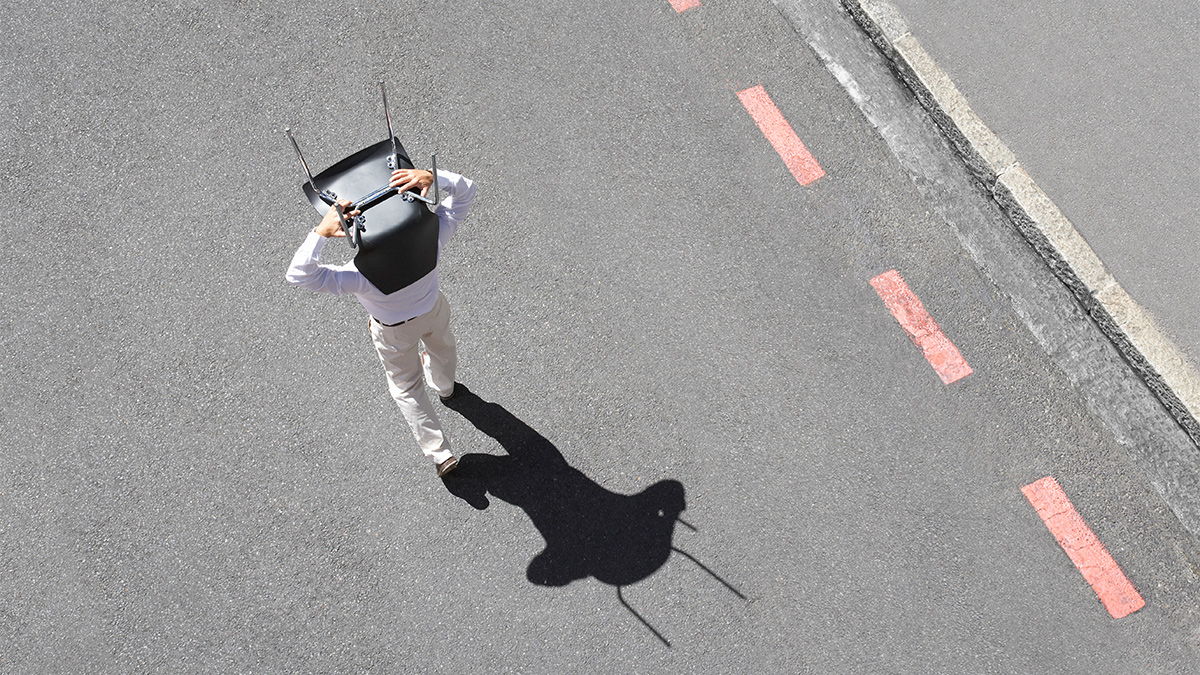 The Great Resignation Stems from a Great Exploration – HBR.org Daily