Let me tell you – I’ve started to really like anime over the last couple of years, from some of the first ones I ever watched like the Pokemon series, to some of the newer ones. Many of my all-time favorites have been heavy-hitters like the popular Attack on Titan, Jujutsu Kaisen, and many more, there is one that has truly captured my attention unlike any other – and that’s Spy x Family.

The show is so wholesome in so many ways, and sometimes, that’s what you truly need when the world feels like it’s falling apart. But since these episodes come out so slowly and we all want more wholesome anime shows to watch, here are eleven other series – plus one honorable mention – that I believe have some uplifting characters, plots, or are just all-around wholesome.

Ah, romance in high school. Young love is so pure, so sweet – but in Kaguya, love is a literal war. In this popular rom-com anime, two high schoolers who clearly have a crush on each other are in an all-out battle of wits to see who will confess their love first, using daily challenges to whittle the other one down.

If you’re a fan of romantic comedies, then this is definitely the one for you. Like Spy x Family, the plot itself is very wholesome, as it solely focuses on the crushes of high school and how awkward teenage love can be. As someone who recently watched all of the current episodes in one sitting while recovering from wisdom teeth surgery, trust that this is definitely a great one to watch.

This series is just the sweetest. In this Iyashikei anime (otherwise known as a soul-healing anime), Sweetness & Lightening covers the story of a father who is trying to care for his little girl after the death of her mother, and finds that learning how to make fresh family meals just might be the way to do it.

Spy x Family is sweet in many ways, but no one can deny that the underlying plot of a spy and an assassin can make the tone a little darker at times despite its wholesome nature. However, Sweetness & Lightning is pure fluff – in the best way. Like Lloyd and Anya in Spy x Family, this anime also features a father trying to figure out the best way to care for his daughter, but it feels so much more real and convincing.

Ever wondered what it would be like if a supernatural person teamed up with a mafia member? That’s what Hinamatsuri answers. In this anime, a yakuza member teams up with a young girl who has supernatural abilities, and while trying to use her powers for his own selfish goals, he grows closer to her in the process.

While this series does have some tonal differences from Spy x Family, I can’t help but enjoy watching the bond form between Hina and Yoshifumi, the two main characters of the series. There’s always something so pure about watching a man who clearly has no idea how to take care of a child learn how to do it – and what makes this series even more fun is how funny it is.

There are just so many father-daughter anime on this list, and Kakushigoto is one of them. This anime follows a father who is trying to keep one of his deepest, darkest secrets from his daughter: he writes lewd stories that he never wants her to see.

While it’s obviously different from Spy x Family, it’s the same premise where the father wants to keep a secret from his daughter in hopes that it’ll work out better than if she knew. But, their relationship is sweet in many ways and watching him try to keep his daughter’s innocence is always entertaining – especially when she gets close to finding out.

If you’re a fan of the spy work of Spy x Family and want a wholesome anime that focuses a little more on that, check out Princess Principal. In this anime, we watch a group of girls train to become spies while also attending Queen’s Mayfaire in the Kingdom while working undercover for the Commonwealth in order to find out secrets.

As someone who has always been a big fan of the spy side of Spy x Family, I really like Princess Principal, because it takes five girls who really have no interactions at all beforehand and puts them together as a team that works surprisingly well. Their friendship is really what drives this, along with the really fun spywork that comes as well. To be honest, I think if you even like the James Bond movies you’d probably enjoy this show. It’s like that but with teenagers – and a lot of kickass moves.

While I wouldn’t consider Love of Kill wholesome in its entirety, I would say that the lead characters remind me very much of Yor and Lloyd from Spy x Family and a show that fans of the anime would enjoy. In this new series, a bounty hunter and an assassin end up forming a relationship, despite both of them having opposing interests and discovering secrets about their past.

Out of every anime on this list, this one definitely falls a little closer to other anime series that have darker tones, but I do think there are several moments within this series that could be described as wholesome, and the relationship between the two lead characters, Chateau and Ryang-ha, is utterly fascinating to watch. It’s certainly not as light-hearted as Spy x Family, but has that same interesting relationship dynamic and a lot of different themes that make it an enjoyable show.

Stream Love of Kill on Crunchyroll.

For those who want a comedy that’s reminiscent of buddy-cop films, check out The Millionaire Detective – Balance: UNLIMITED. This show follows the wealthy Daisuke Kanbe as he is paired up with Haru Kato, two men with very different values on the ideas of justice in their police department in Tokyo.

If you’ve watched Spy x Family and enjoy the comedic aspects, this is certainly the show for you. The sweet way these two fight is so funny, their partnership is truly one that you’ll find hard to forget, and their comedic timing is great.

It’s a shame that this show got overlooked on Netflix when it came out. Kotaro Lives Alone is a story that follows a young boy who has gone through a lot of trouble in his life, so now, he is making it a point to live alone.

If you ever wondered what it would be like if Anya lived on her own in Spy x Family, look no further than Kotaro. This little boy has so much energy and a quirky personality that you’ll be unable to tear your eyes away from the wholesomeness that this show provides. But, what really makes this show so great is that while it’s mainly a wholesome story, it also focuses on topics such as child abandonment and many other serious issues.

In this popular anime series, Demon Slayer mainly focuses on Tanjiro Kamado, who becomes a demon slayer in order to protect his family from demons that hunt down humans. As he tries to find a cure to turn his sister back into a human once she is turned into a demon, he meets many allies (and enemies) along the way.

Okay, hear me out – this is the same case as Love of Kill, where the anime itself isn’t entirely wholesome. Demon Slayer literally starts out with a very graphic scene that I won’t get into and don’t want to spoil. But what is wholesome about this show are many of its characters.

You’ll find yourself rooting for Tanjiro and his constant need to protect his family, or the cuteness of Nezuko, or the heroics (and stupidity, sometimes) of Inosuke. Every character has such great personality and makes this show a lot sweeter than it would have been otherwise.

Moving on, let’s look at The Devil is a Part-Timer. In this anime, Satan himself is trying to conquer the world of Ente Isla, but in a battle, he is sent through a portal to modern-day Tokyo. In order to return to Ente Isla, and try to survive in this world, he takes on a job at a MgRonald’s – sounds familiar, right?

Fun fact – this was, ironically, the first anime I think I ever purposely went searching for, because I heard it was so funny. Fans of Spy x Family will think this anime is so comical and wholesome, even if the literal protagonist is the devil. What makes it so funny is watching him try to conceal his identity from the real world – which gets him tangled up in some messy scenarios that are to die for.

Stream The Devil is a Part-Timer on Hulu. (opens in new tab)

A Place Further Than The Universe (2018)

Last, but not least, we have A Place Further Than the Universe. In this anime, a quartet of four girls take off on an expedition heading towards the Antarctic in search of one of the girl’s missing mother, who vanished there three years prior.

This series is great in so many ways, and for those who enjoyed the wholesomeness of Spy x Family, this is one where you’ll be smiling just about as much as you do when Anya is hugging Lloyd in his sleep. Like some of the other anime series on this list, it’s driven by friendship and the bond that these girls have, mixed in with some amazing animation.

Stream A Place Further Than the Universe on Crunchyroll.

While this isn’t a show, I had to put Your Name on here. In this amazing film, two teenagers switch bodies sometimes for a day, and then can’t remember what happened once they switch back. Soon, they start to discover there is more to this strange phenomenon than they realize.

Your Name does romance in such a different and fantastic way that you’ll be astounded the first time you watch this. While the relationship itself is wholesome, what really makes this movie so amazing is its storytelling. It’s the first anime movie since the beautiful Studio Ghibli films that has made me cry in the best way, and that’s saying something.

Rent/buy Your Name on Amazon Prime. (opens in new tab)

There are truly so many amazing anime out there like Spy x Family that I know you’ll enjoy, and maybe now you can find a new favorite show. Or, you can just re-watch Spy x Family again like I have.

How Can the June 4 Memorial Candlelight Be Kept Alive? - The Epoch Times 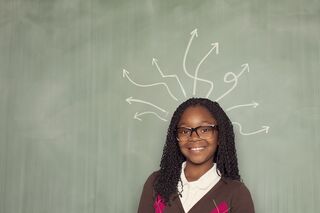 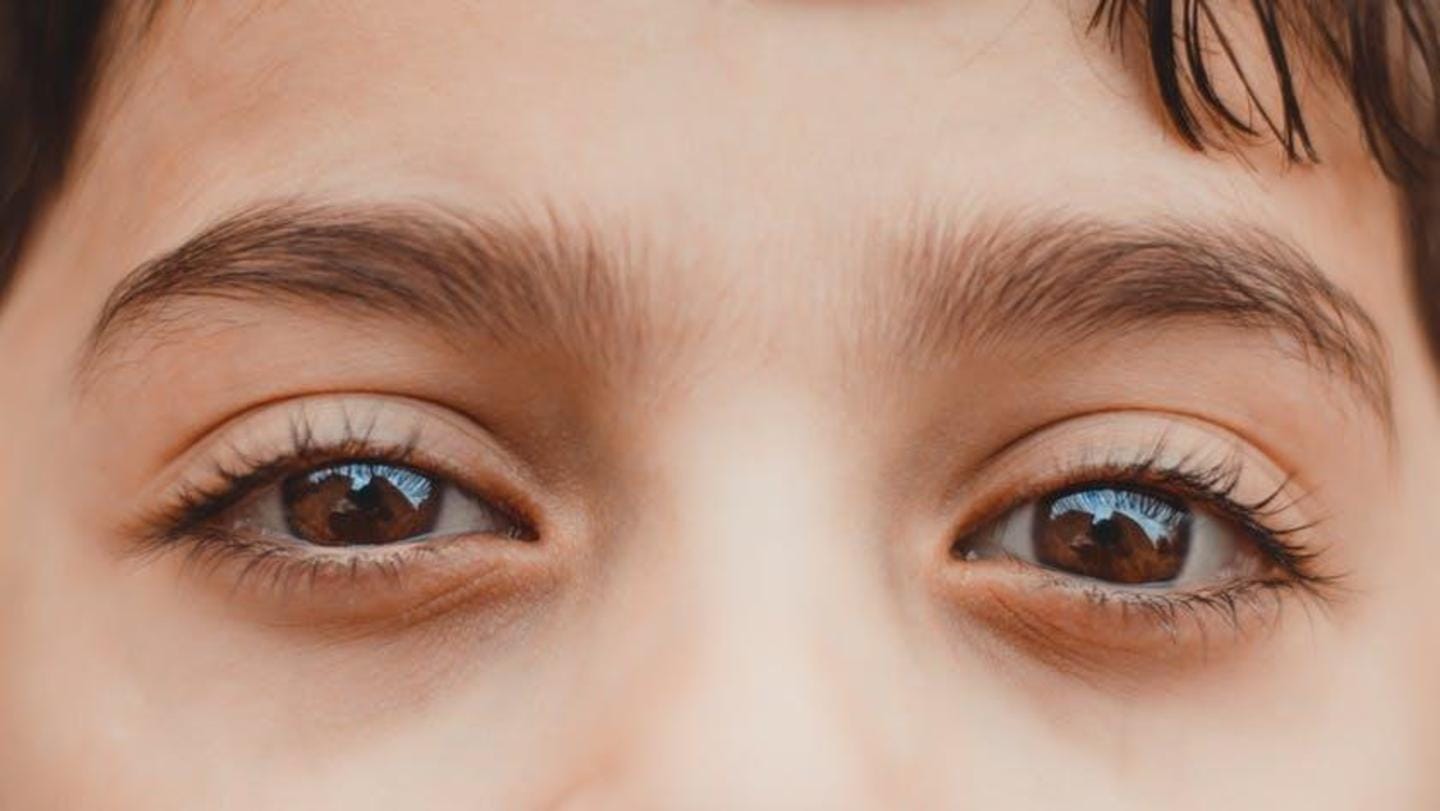 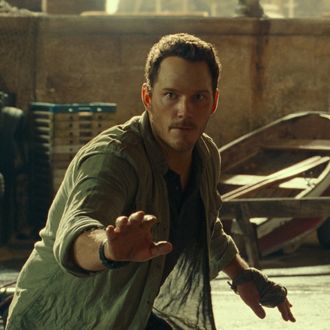